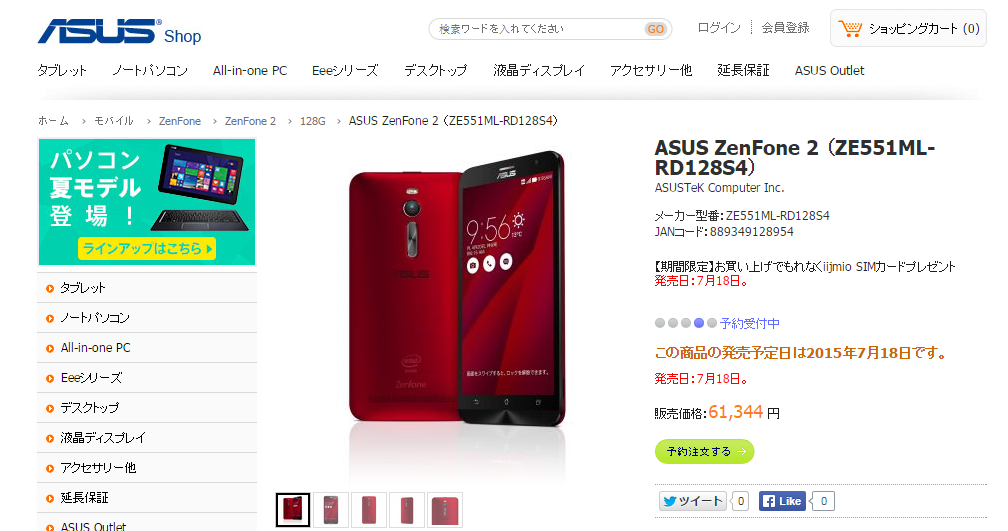 ASUS ZenFone 2 is probably the most with the most varied versions out there. We gave up counting after there were half a dozen variations and then the 128 GB storage version appeared. At first in Taiwan obviously and now in Japan, where it’s slate to debut in a few days. 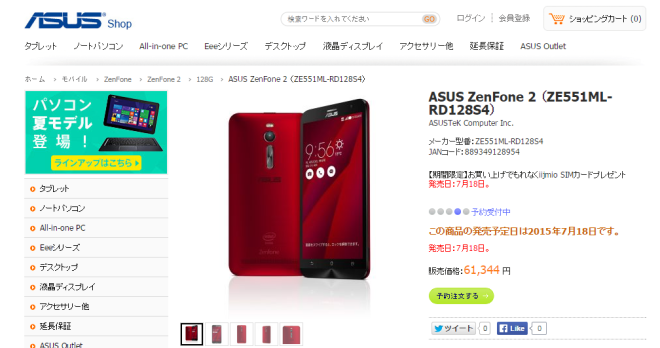 ASUS ZenFone 2 has been listed in the 128 GB version (ZE551ML-RD128S4) on the official ASUS ZenFone Shop site in Japan, with a launch scheduled for July 18th. Priced at $491, this is not a bad bargain at all. We liked the handset in our review here, especially for its performance courtesy of the good CPU and 4 GB of RAM. It’s pretty much a futureproof device, that can easily multitask between Asphalt 8 and Real Racing 3 without a problem.

Several software updates have appeared for the Zenfone 2 units currently out there, probably fixing camera woes and the screen brightness, the only drawbacks we had to complain about during the review. Of course, there’s also the bloatware aspect, but on the 128 GB model that’s nowhere near a problem, right? My only curiosity is how much of those 128 GB you actually get to use.