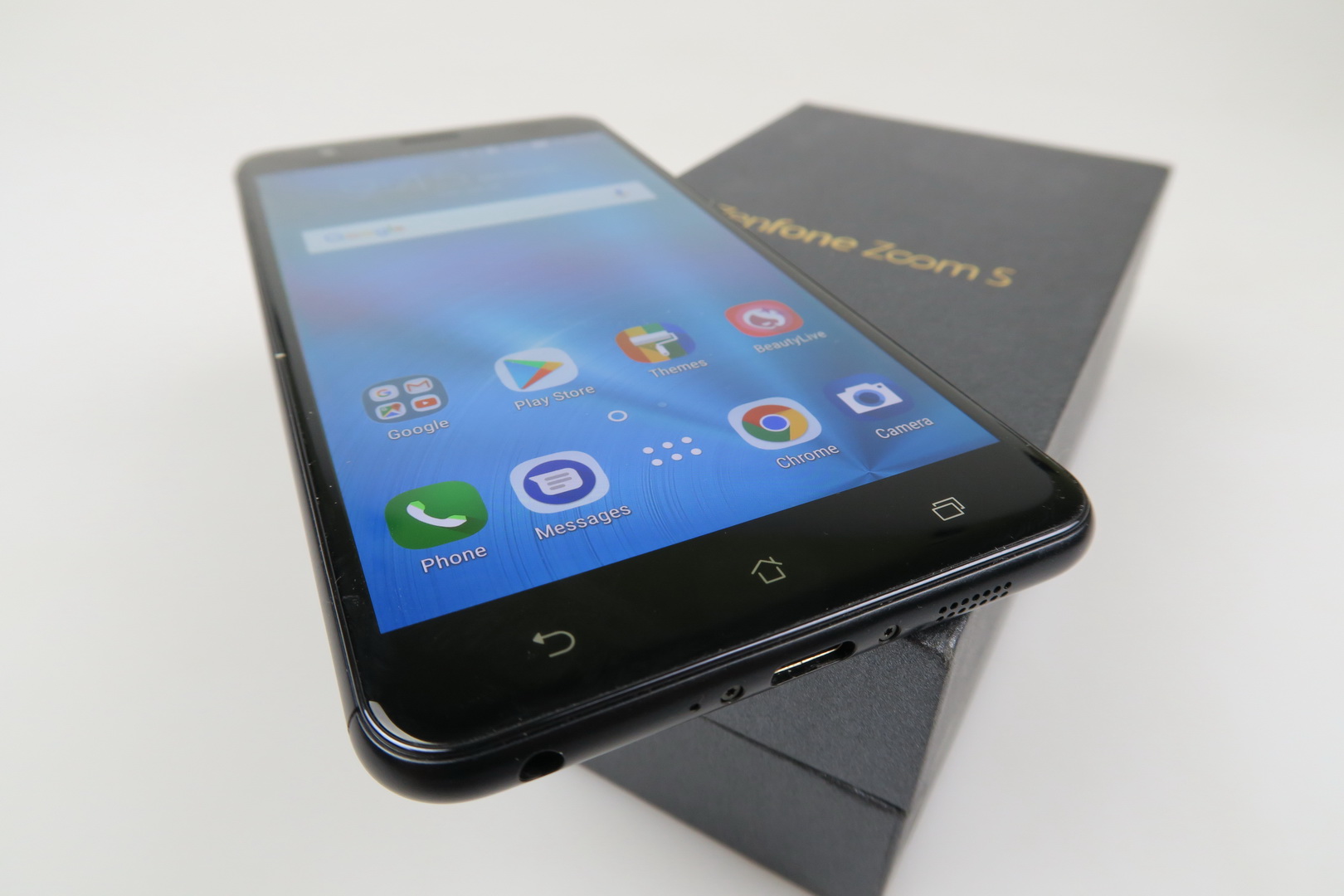 It’s been a few months since ASUS announced its 8 GB RAM phone and its dual camera ZenFone and finally we are treated to one of them for an unboxing session. It’s the ASUS ZenFone Zoom S (also known as ASUS ZenFone 3 Zoom ZE553KL), the spiritual successor to the ZenFone Zoom and we took it out of the box below. It’s priced at $329 on Amazon and it brings a few premieres. 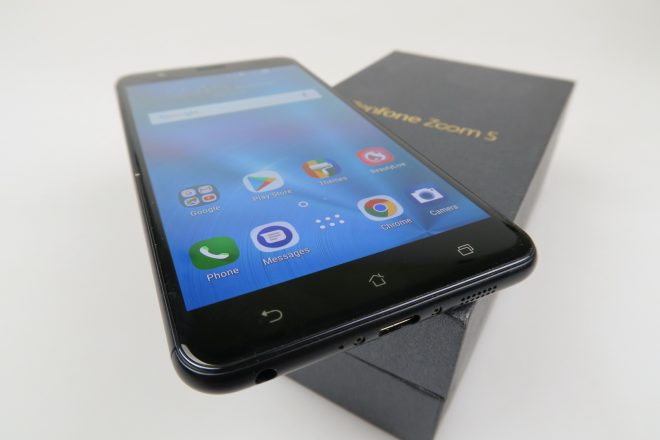 For example it’s the first ZenFone with a dual camera and also the slimmest 5000 mAh battery handset in the world. It’s very hard to me to believe there’s another phone out there with such a battery capacity and a 7.99 mm waistline. It has a metal shell, of the unibody kind and inside the box we find a transparent case, a metal key used to access the slots, USB Type-C cable, charger, manual and headphones. 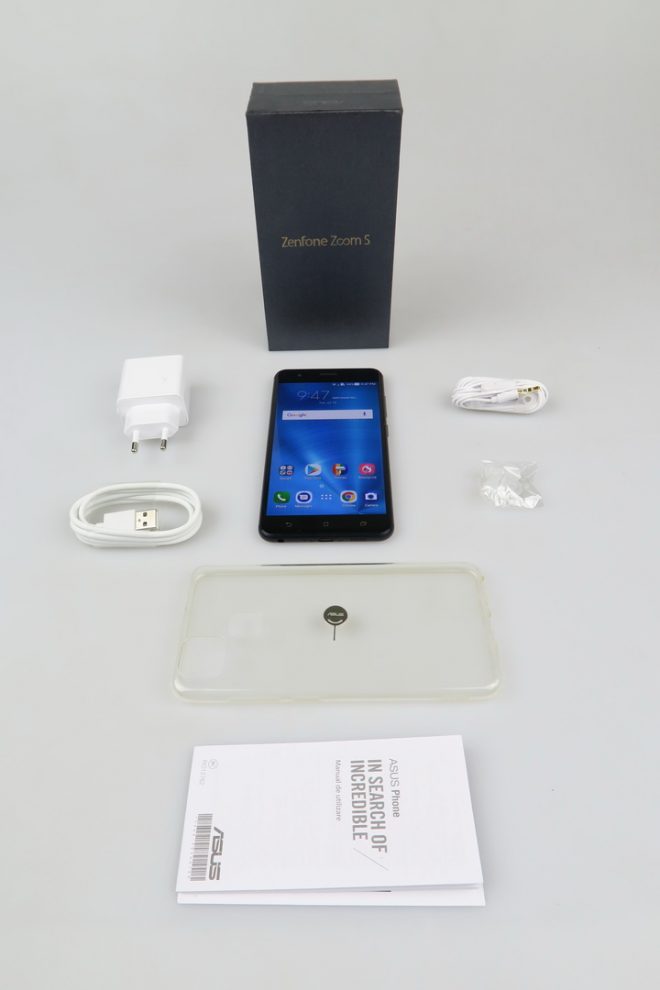 The ASUS ZenFone Zoom S is available in blue, silver or rose gold and opted for the AMOLED panel that we saw on the ZenFone 3 Deluxe, but in a smaller 5.5 inch format. It offers a Full HD resolution and a narrow 2 mm bezel. The whole thing weighs just 170 grams, not bad for the quantity of tech you’re getting. There’s a Snapdragon 625 CPU inside, 4 GB of RAM, 64 or 128 GB of storage and a 5000 mAh battery.

The kicker here is the dual camera, though, which includes a 12 megapixel sensor with F/1.7 aperture and OIS and another 12 MP sensor with 2.3x optical zoom. But it doesn’t end here! We’ve also got laser focus, dual tone flash and an extra mechanism for depth of field perception. This camera does Portrait capture and also RAW capture, while the selfies are taken with a 13 MP shooter.

Other features include hi-res acoustics, LTE Category 7 and Android 7.1.1 with the latest (and quite colorful) ZenUI. The camera UI has changed, being more minimalistic now, but still filled with options. You can get the device here.