In spite of a relatively weak 2008, Asustek plans to revitalise its handset segment, launching no less than 10 new phones in 2009. Almost all of the new models will support 3G connectivity and they’ll feature a touch UI, as Asus tries to compete with its main rival, HTC. 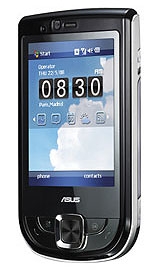 Also, AsusTek is focusing on two other objectives right now: developing a handset that’s fit for the Google Android platform and manufacturing Nuvifone handsets for Garmin. Although the company claims it’ll launch those 10 handsets, you should take the info with a grain of salt, as they’ve promised 13-15 handsets for 2008 and so far we’ve only seen 8.

As for the competition with HTC, AsusTek only shipped 3% of its rival’s figures, so there’s a long way to go before outselling the likes of Touch Diamond and soon Touch HD.