RIM is supposedly readying a refreshed BlackBerry Bold model, the 9700a and some specs have already surfaced on the web. Apparently, the device will feature 512MB RAM, a 5 megapixel camera and the BlackBerry OS 6.0 platform, including the new Webkit browser. 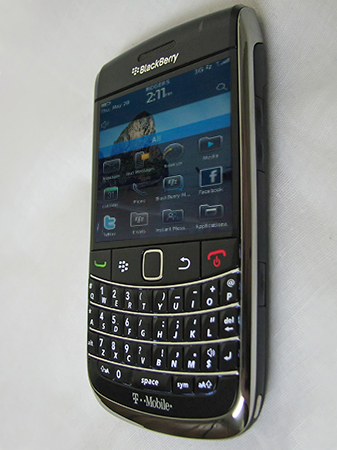 The handset pictured above is a Photoshop work that should portray the new device in some way. BlackBerry 9700a is expected in a couple of months and it’s most likely coming to AT&T first. Some say that the evolution from Bold 9000 to the 9700 wasn’t big enough, so novelty is required to revitalize the Bold series.