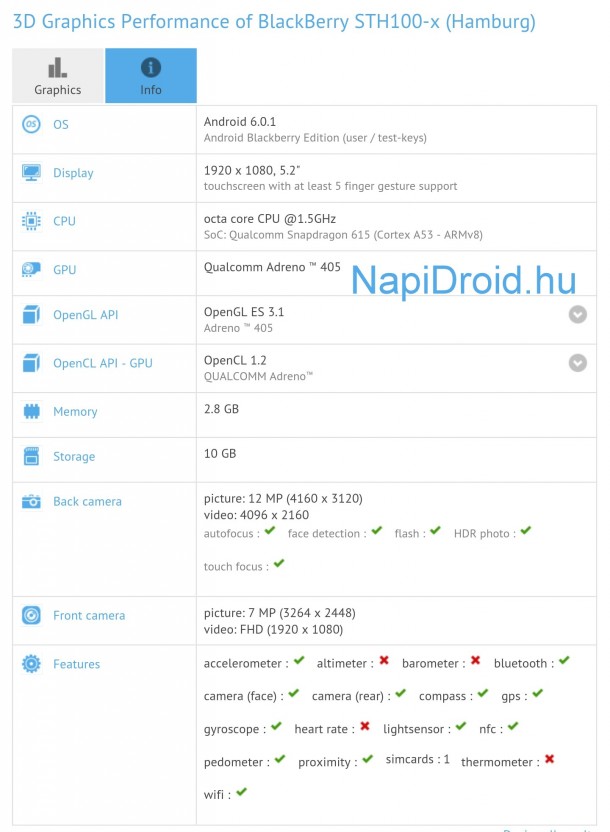 Although BlackBerry’s plans seemed uncertain for a while, here they are again, preparing new Android phones. One of them is named BlackBerry Hamburg and it has just been leaked via GFXBench, confirming some of the specs we’ve previously heard of. It goes by the codename BlackBerry STH100-x.

The device was spotted with a 5.2 inch Full HD screen, plus Android 6.0.1 as the OS. It packs an octa core Qualcomm Snapdragon 615 processor, with an Adreno 405 GPU, plus 3 GB of RAM and 16 GB of storage. The rear camera has a resolution of 12 MP, but in reality it may be 13 megapixels and apparently it’s able to take 4K videos.

Frankly speaking this sounds unlikely, because I’ve seen other Snapdragon 615-based phones and they didn’t have this ability. We’ll also get an 8 MP front camera and there’s no timeline for the release of this model. Sounds to me like a midranger, more than a flagship.