Home Android Blackview Ultra Plus Review: Reasonably Made iPhone 6 Plus Clone, With Some... 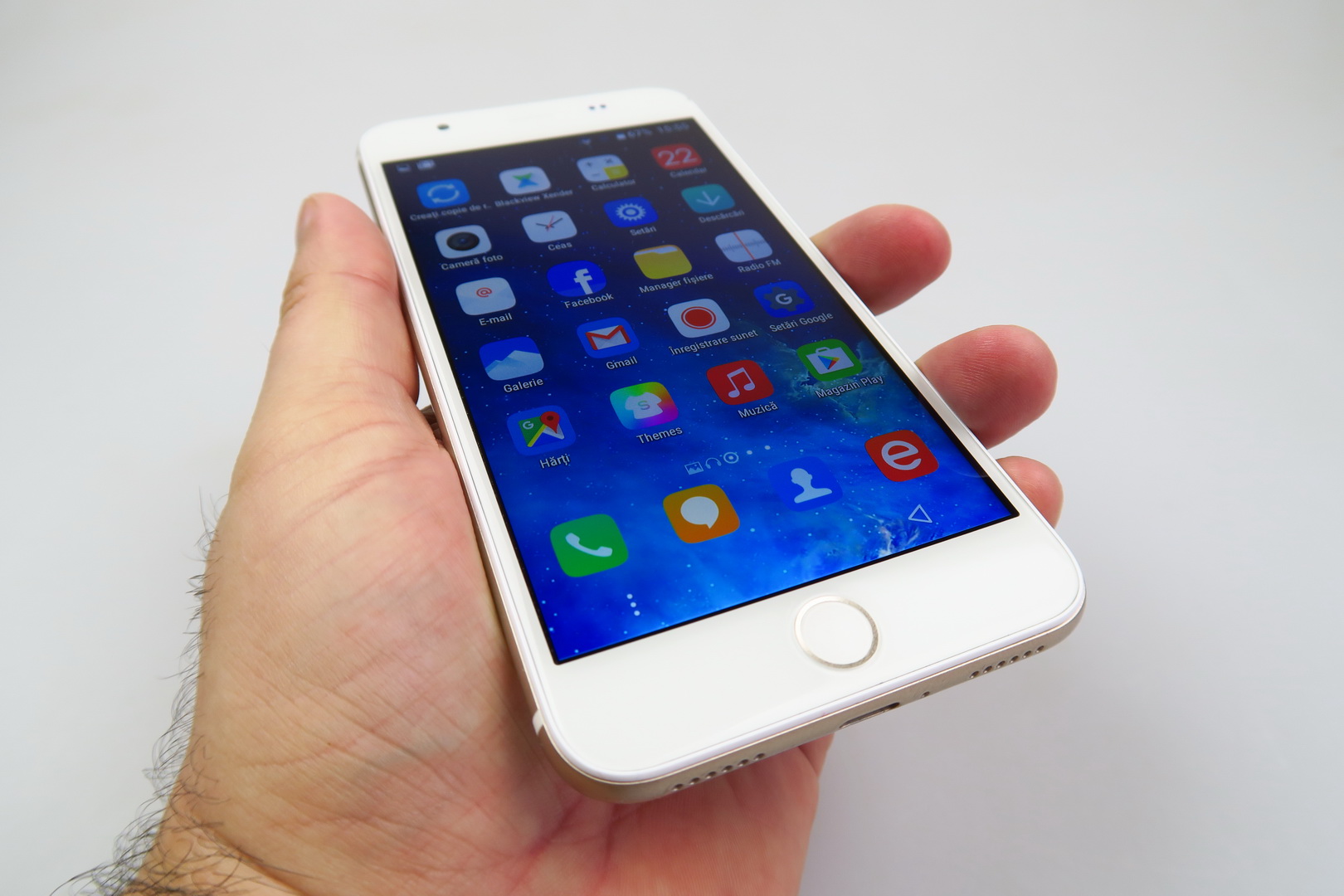 Every once in a while we get to test some iPhone clones, which is also the case today, with the Blackview Ultra Plus model, detailed below. This is an iPhone 6 Plus clone, launched last year and available in black or silver. Blackview is a company from Hong Kong and it’s motto is “Smartphone for Everyone”. It does indeed apply to the Ultra Plus, that’s priced at $112 on Aliexpress. You can also find it on TomTop and Geekbuying. 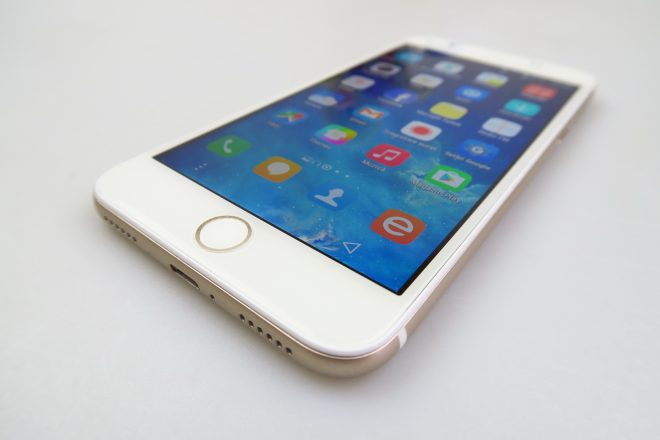 One good piece of news is that the product is bundled with quite a few accessories, like an USB OTG cable, case, bumper and screen protection. The design resembles the iPhone 6 Plus and iPhone 6S Plus, but the case is made of plastic this time. Even the antenna cutouts have been copied here and the protrusion of the main camera. The buttons feel flimsy, but the grip of the device is quite good.

One hand usage is impossible, because this is quite a long phone. Some say it measures 7.8 mm in thickness, while other sources have it at 7.1 mm, but I tend to believe the former. If the latter is true, then it’s the same thickness as the iPhone 6 Plus. It also weighs 177 grams, 5 grams more than the iPhone 6 Plus and much less than the 192 gram iPhone 6S Plus. 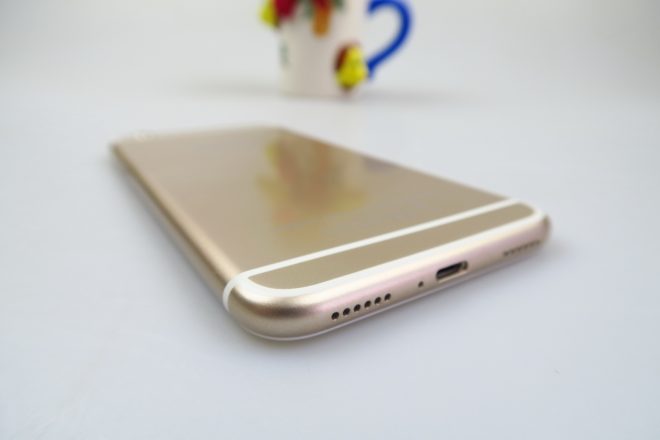 At the same time it keeps the length and width of both iPhones. The facade is a fingerprint magnet and the phone comes with rounded edges and a 2.5D glass panel upfront. I should probably mention that in spite of appearences, the Home button doesn’t integrate a fingerprint scanner, even though it has that ring. This feels like a big toy overall, one that’s available in rose gold, gold, gray and silver.

Another interesting difference compared to the iPhones is the placement of the audio jack, at the top not bottom like the iPhones. It’s a reasonable clone, design-wise, that luckily doesn’t compromise too much. The display included here is a 5.5 inch IPS LCD with a 1280 x 720 pixel resolution and tempered glass protection. 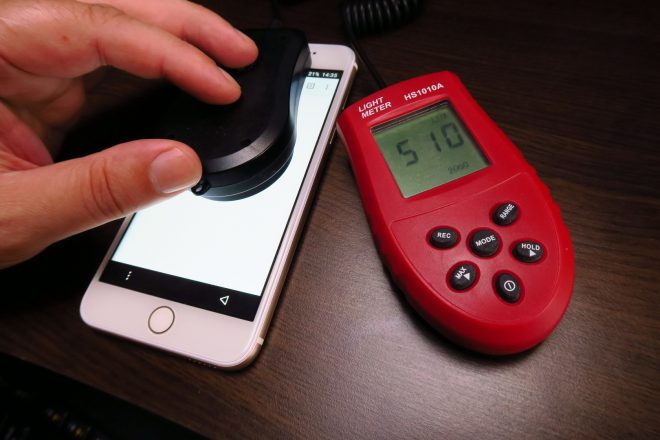 It’s a 2.5D glass panel this one, with In Cell Touch technology and 90% color saturation. There’s also a basic video player preinstalled and the viewing experience is bright, clear, while the colors are very vivid. View angles are wide and the contrast is quite OK. I did notice a bit of oversaturation going on. Pixels are of the RGB Stripes variety.

When we did the luxmeter test, the result was actually great: 510 LUX, surpassing the HTC One A9 and Nexus 6P for example, but scoring below the Xperia Z5. Settings for the screen include brightness, Adaptive Brightness, font, sleep and float gestures. Overall, it’s a good screen, clearly above average, especially for the price tag applied here. 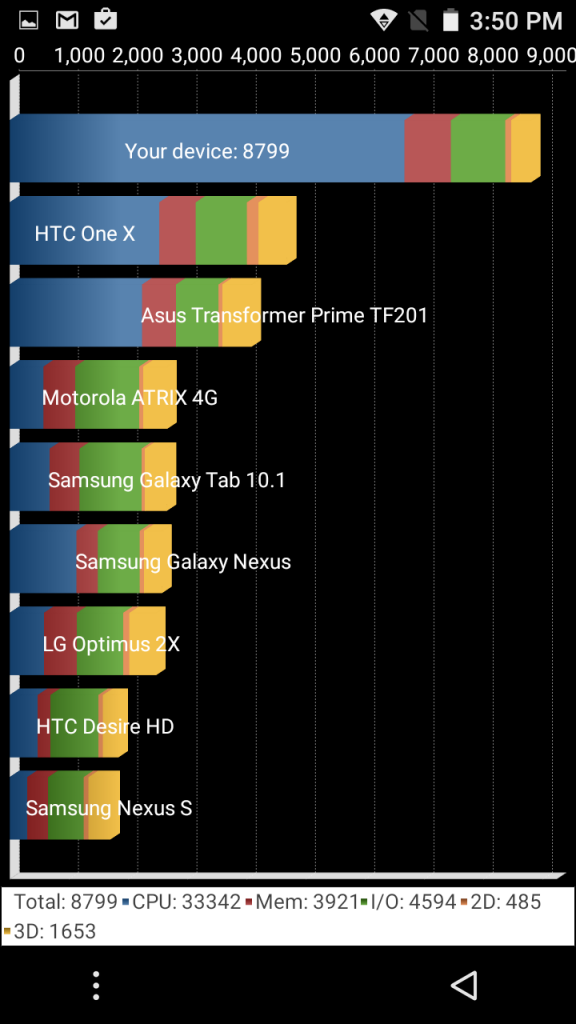 The CPU inside the phone is a quad core MediaTek unit, an MT6735, clocked at 1 GHz. The GPU is a Mali T720 and we also get 2 GB of RAM and 16 GB of storage, plus a microSD card slot. The phone doesn’t suffer from lag and is quite fluid in its day to day functioning. It provides good performance for the sub $150 price tag. Games like Riptide GP2 and Choppa ran like a charm and in benchmarks, such as Quadrant, results were rather underwhelming, especially in the graphics department.

In Quadrant we are on par with the LG AKA, as well as Huawei P8 Max, while in AnTuTu 6 we were the equals of the iHunt X200 and beat the Coolpad Modena. In GFXBench we were almost on the last pace. Temperature tests brought us to 35.5 degrees Celsius after running GFXBench and 42.5 degrees Celsius after 15 minutes of playing Riptide GP2, so we’re dealing with slight overheating here. 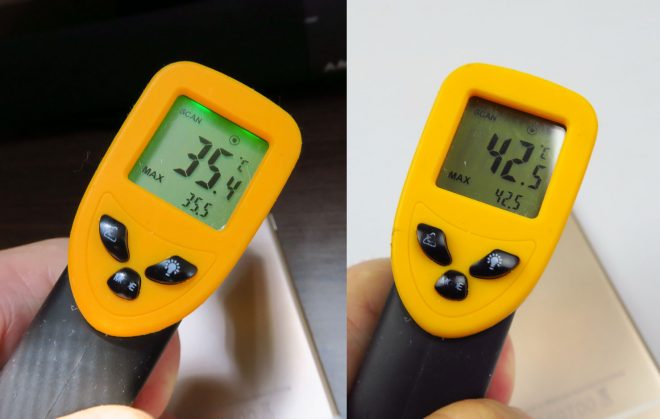 On the battery front, this model has a 3180 mAh unit and comes bundled with a 5V/2A charger. The iPhone 6 Plus had a 2915 mAh battery, so at least it surpassed it in that area. The video playback time we registered in our test was 7 hours and 53 minutes, which is quite modest for a phablet. At least it beats the Huawei P9 Lite and ASUS ZenFone Zoom, but scores below the HTC One A9.

In PCMark we scored 7 hours and 54 minutes, which is a good result and superior to the Xiaomi Mi 5, Vernee Thor, but below the iHunt X200. Charging takes 3 hours and 27 minutes, which is a very long time, even longer than the Huawei P9 Lite. Special battery settings are Standby Intelligent Power Saving, Battery Saver and overall I’d say the battery is OK, minus the charging part. 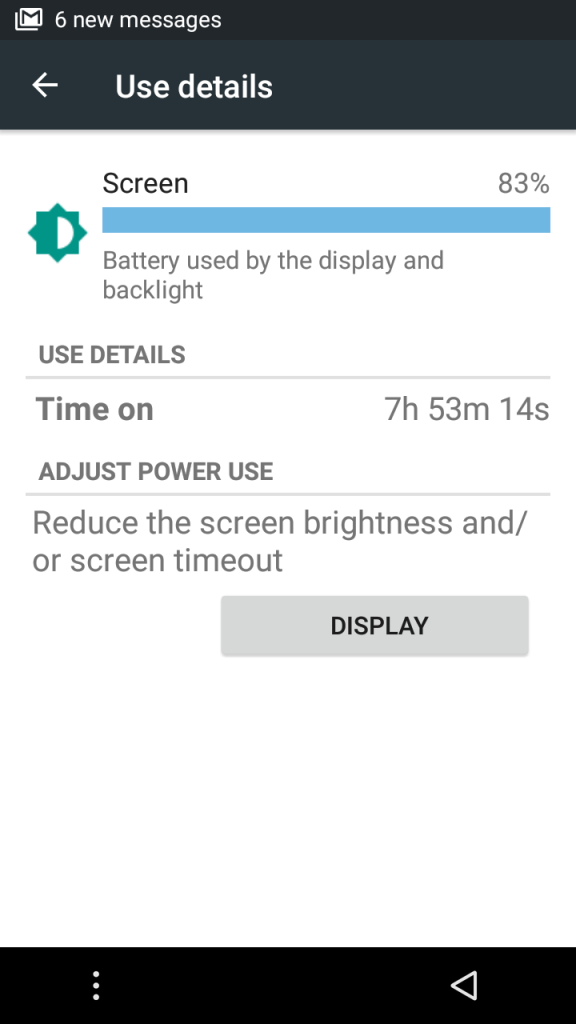 On the acoustics front, there are two speaker grilles here at the bottom, but only the right one is the actual speaker. We rely on a stock music player and a stock EQ on the BlackView Ultra Plus, offering genre presets, 5 custom channels, Bass Boost and Surround, as well as Reverb. The listening experience brought on OK volume, decent bass and good high notes, but there was a bit of distorsion at 100% volume.

At 80% everything felt a bit better. The guitar was still pretty well heard. We proceeded to the decibelmeter test and achieved 85.9 dBA at the front and back, a good result, that beats the likes of Sony Xperia M5, LG G3 and iPhone 6 even. Audio Settings are BES Audio Enhance, BES Loudness and BES Surround. We also get a nice audio widget to play with on the homescreen. 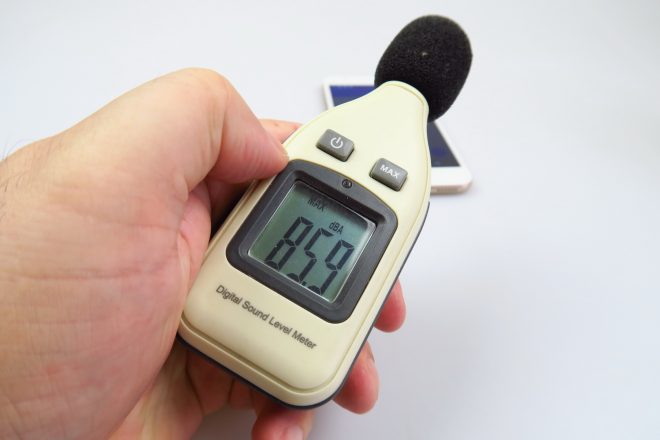 The bundled headphones have a flat wire, a cute looking remote, but the experience when using them was muffled and echoey. At least they’re loud and have an OK bass. We also get FM radio here and overall acoustics were good. Now we’re off to analyze the camera. Blackview Ultra Plus has a 13 megapixel back shooter, with a Sony IMX 164 sensor, F/2.2 aperture and 78 degree wide angle lens.

The front cam is a 5 MP unit and the main sensor was also seen on the UMi Fair phone. The Camera app starts up slow, the zoom is not very fast and focus is also slow. Picture taking was slow as well. To the left of the UI we find options like Face Beauty, Panorama, Multi Angle and at the top there’s HDR, flash options and front camera shortcut. 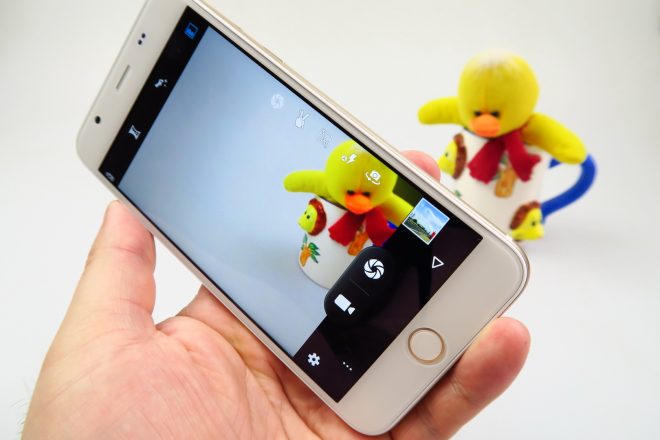 Options include location, exposure, color effect, scene, white balance, sharpness, hue, saturation, brightness, contrast and ISO. We’ve taken the shots with the smartphone on a sunny day (gallery), but towards the sunset and the results involved realistic colors, good detailed zoom shots and a nice texture overall. Selfies were OK, but their background was burnt. I also liked the look of the HDR sample, that had good lighting.

Zooming in onto that church produced good results, so details aren’t a problem when zooming in. Some good closeups were also done and the texture and lighting of those flowers and monuments were great. I liked the lack of blur and the fact that focus had no problem here. Panorama had a very small resolution, of 3536 x 464 pixels and it was a pretty crisp image in the end. 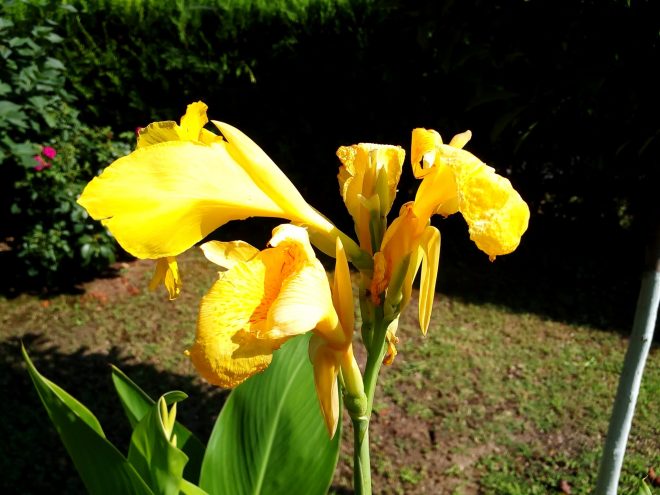 At least it handled the bright sun OK. We produced some artsy shots, great clarity captures and even the flash worked out fine on that beer glass. I feel that this phone can beat the Galaxy S4 and iPhone 5, plus the UMi touch and Vernee Thor. Low light photos also had good lighting, nice texure of cars, but also fuzzy street lights.

Shots were pretty clear, but there were also some blurry ones, every now and then. The flash worked fine, colors were OK and for below $150, this cam worked wonders. On the video side, things aren’t as bright, since we filmed only in 720p tops, in 3GPP format and at 28 FPS, plus 12 Mbps bitrate. Day time video capture featured bad wind behaviour as far as the mic is concerned, plus the image is burnt and there’s also a bit of refocusing. 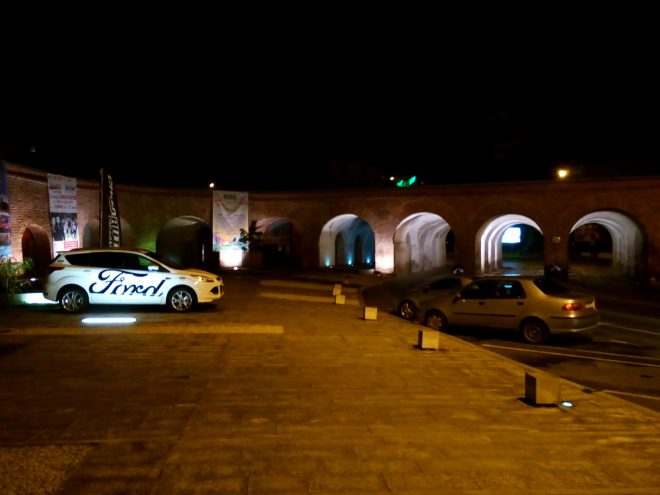 Colors are OK and there’s once again a lot of refocus here. Aside from the wind, we’ve got an OK microphone and I noticed that the zoom quality is poor. The details in the distance aren’t well captured. Once thing I found was the the image wasn’t very shaky, so stabilization is not a big problem here. Electronic image stabilization is actually quite decent.

Night time video capture was horrid, with 9 FPS frame rate, 4 Mbps bitrate and everything moved in frames. The mic was OK and you should forget about filming in low light conditions overall. I’d say that this camera felt inferior to the one of the iPhone 4 and iPhone 4S even, not only the iPhone 6 Plus. The web browser on board has a mid level speed and poor benchmarks, while the stock keyboard was pretty comfy.

On the connectivity front there’s a dual SIM setup, 4G LTE support, GPS, Bluetooth 4.0 and microUSB 2.0 as well. We’ve got dual standby here, WiFi connectivity, USB OTG and I found that the WiFi signal was never at 100%. At least it didn’t lose the signal, like it happens with some other affordable handsets. The calls are clear, but not very loud. 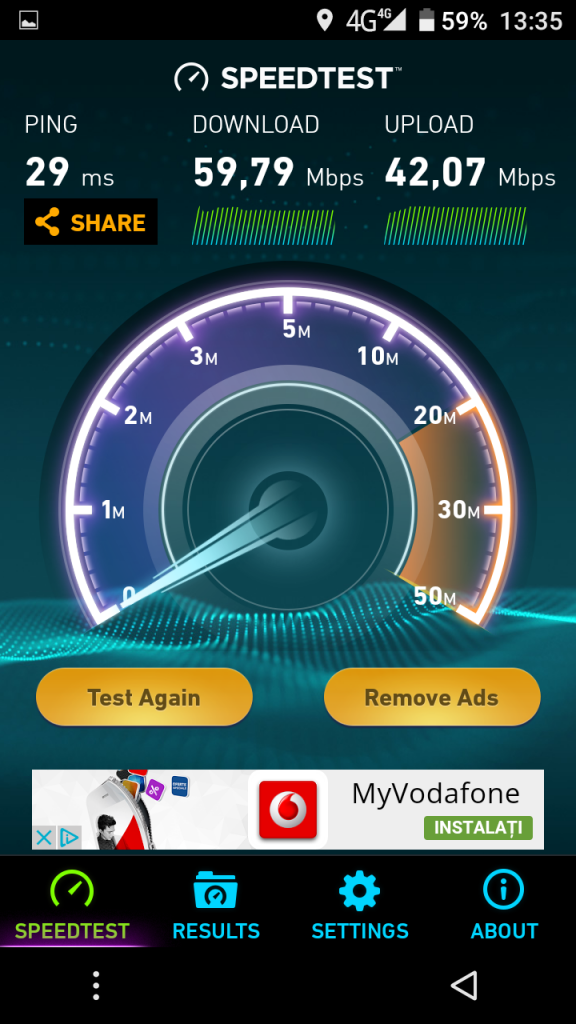 The signal is OK and on paper we are promised 150 Mbps download speds on 4G. The Speedtest revealed a value of 59 Mbps in download and 42 Mbps in upload. WiFi values were at 49 Mbps and 25 Mbps in download and upload, according to our test. I’ve seen better, to be honest. Now on the OS, UI and apps front, we’ve got Android 5.1 with a custom UI and no app drawer here.

There are flat icons, colorful ones and a slight imitation of iOS. We’ve got a virtual Back button and a menu button, which is something you don’t see every day nowadays on modern devices. The Home button is a physical one and if you keep the homescreen pressed, you’ll trigger the widgets area. Said widgets are stock ones, by the way. Desktop editing is done with wallpapers, big widgets called desks and effects, as well as theme options. 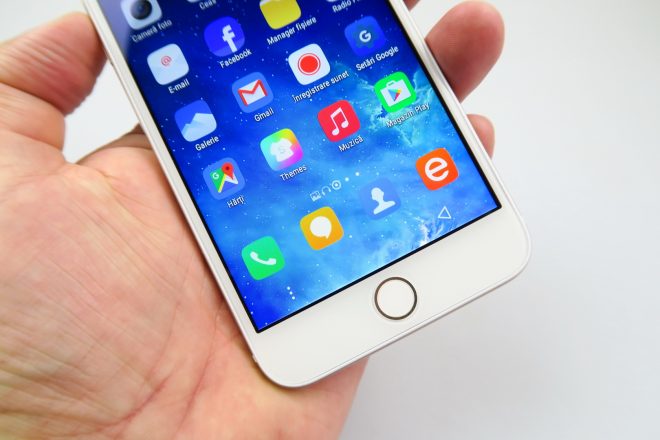 Desktop Settings include a so called “Magic Finger”, that shows sprites every time you touch the screen. Multitasking is done via a carousel, triggered by keeping the home button pressed. The dropdown portion features notifications, Quick Settings and the speaking of Settings, we’ve got gesture control, with stuff like double tap to lock and unlock and waving in front of the device’s front to interact with menus or items.

We proceeded to count the preinstalled apps and we got as high as 31, which is quite OK, so there’s no bloatware. Blackview also included an app called Xender, that connects the phone via an address or QR code, even with a PC if need be. There’s also a themes app and a To Do app to round up the list. And now it’s time for the verdict! 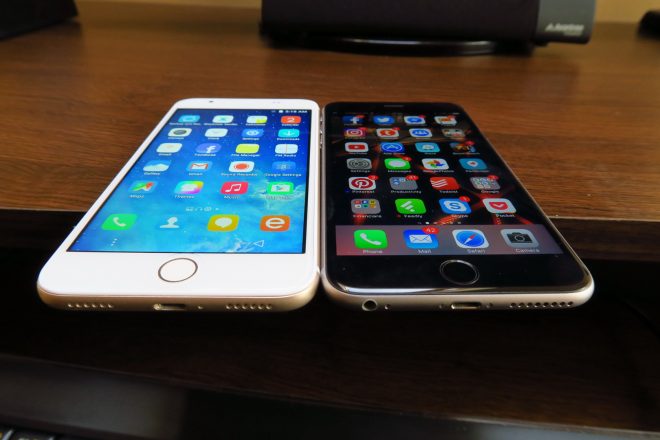 The device has a good price and it’s not bad at all, for an iPhone clone. If you can live with the fact you’re rocking a copy of a famous device, you’ll appreciate some of the things this device has to offer. Aside from filming and charging, or overheating I’d say there aren’t any huge flaws. It remains a device for media consumption, casual gaming and pics aren’t bad.

If you don’t have enough money for an iPhone, this will do, till you gather more coin and spend in on an Apple device. It’s a semi vanity buy on a budget, so the least quantity of flaws triumphs here. You can find the device on TomTop, GeekBuying and Aliexpress.