LG made an announcement today, the one of the LG Spectrum smartphone, that will be available on Verizon starting January 19th for $200. We’re dealing here with a LTE phone that we’ve heard about before and that’s not so different when it comes to specs to the LG Optimus LTE. Here’s the device announced today: 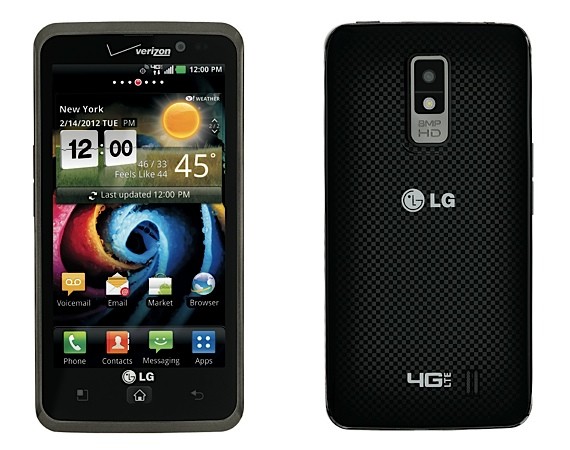 LG Spectrum features a 4.5 inch HD IPS display, a Qualcomm 1.5GHz dual core processor and an 8 megapixel camera at the back with LED flash and 1080p video capture. There’s also a 1.3MP front cam on board, as well as HDMI mirroring with MHL. Verizon will offer this handset with the ESPN ScoreCenter content in HD and there will also be a SmartMovie HD app on board, that allows you to create and edit videos on the smartphone.

We’ll only get Android 2.3 Gingerbread on this handset with hopes for an Android 4.0 Ice Cream Sandwich update in the future. The price tag here is $200 on contract of course, which is pretty reasonable, considering all high end Verizon phones debuted at $300 in 2011. Other stuff worth mentioning is that ICS will come as an update in the first half of 2012 to the LG Spectrum and that the phone supports Dolby Digital Plus, allowing users to maximize the HD experience and get 7.1 channels of surround sound through home media systems.