TCL Communication from China and its brand Alcatel One Touch are big names at CES 2013, apparently, since they’re among the first companies to have products unveiled on the CES floor. Alcatel One Touch has been a series famous over the past years at CES and now we’re getting handsets related to it and even a phablet. 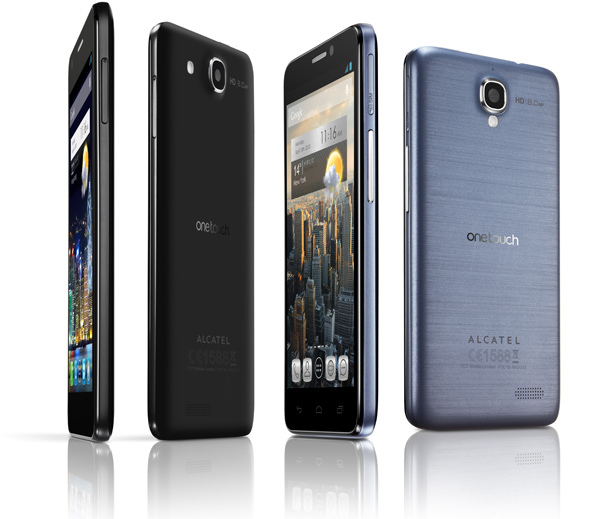 Officially the show begins on Tuesday, but Alcatel One Touch got an early start on Monday. The Chinese company unveiled a trio of Android phones. One of them is the One Touch Idol Ultra, an Android smartphone that’s just 6.45 mm thick, making it the thinnest phone in the world. This device is 15% thinner than the iPhone 5, for comparison sake. Its specs include a 4.7 inch HD AMOLED screen, a 1.2 GHz dual core CPU and an 8 megapixel camera, plus 1 GB of RAM and Android 4.1 Jelly Bean.

Another new entry is the One Touch Idol, an entry level version of the Idol Ultra, with a 4.7 inch qHD IPS screen, 1.2 GHz dual core CPU, 512 MB of RAM for some reason and Jelly Bean. The phablet is called Alcatel one Touch Scribe HD, has a 5 inch HD IPS screen and a 1.2 GHz quad core MediaTek MT6589 chipset, plus 8 MP camera, 1 GB of RAM, microSD card slot and Android 4.1 JB. The device will be priced at $397 in USA without taxes, while the Touch Idol Ultra will cost $444. 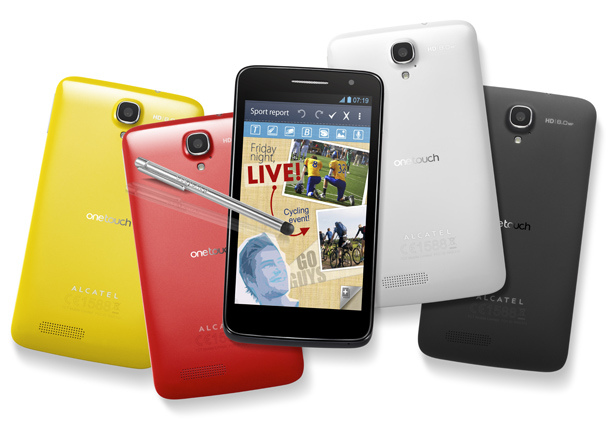