Samsung has recently added two new color options for the Samsung Galaxy S III in South Korea. The handset will be available in Sapphire Black and Garnet Red, aside from the usual Pebble Blue, Marble White and the crazy Martian Pink. Samsung expects the new colours to receive a positive reaction. 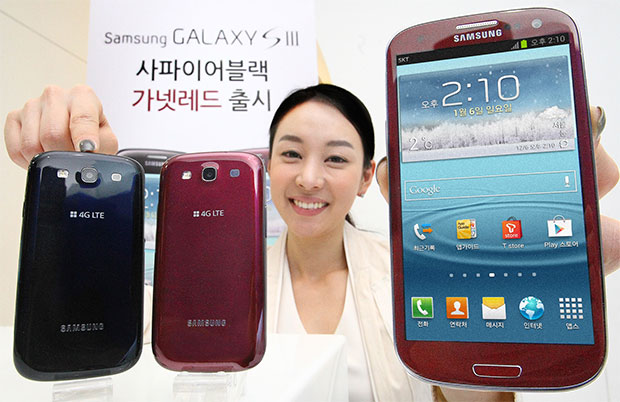 I remember that months ago the first black version of the S III came from Germany and it was very anticipated and made people excited. The black one has a certain elegant allure, a certain BlackBerry-esque feeling to it, while the red one is a must have for the Fashion Week in New York or Milano… just saying. Other than that the handset stays the same, with an Exynos quad core CPU, 1 GB of RAM, Home button, TouchWiz on top of Jelly Bean (I guess it’s sold with Jelly Bean straight away right?).

As we look forward to the launch of the Galaxy S IV, expect significant price drops, new colors versions and new ways to get the public to love the S III, in order to clear out stocks. Internationally the Galaxy S III is not available in pink, so that’s a rare item. However, it does sell in Amber Brown and Titanium Grey if you want something different.