We’ve seen some companies standing out from the crowd at CES 2013, companies like Lenovo and Alcatel for example. The former unveiled an interesting Intel-based handset called K900, plus a bunch more phones, while the latter had fun with interesting formats like tablets and phablets. 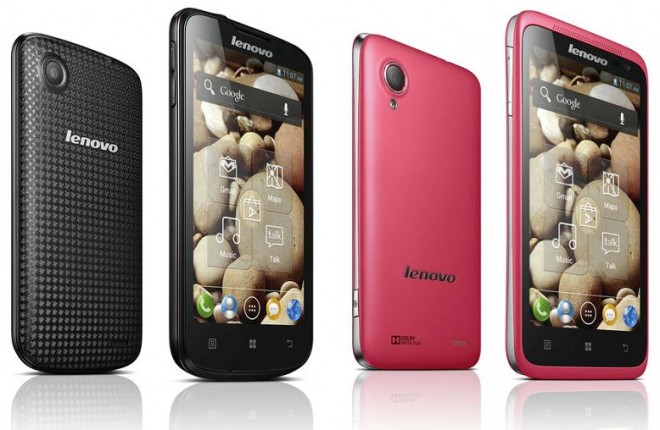 Aside from the K900, 5 other Android phones debuted at CES. First up there’s the S-Series, a device with orientation towards media and entertainment. This series includes the S890 and S720 handsets, with the former packing a 5 inch qHD screen, while the S720 packs a 4.5 inch screen with the same resolution. Both models pack 8 megapixel cameras and while Lenovo doesn’t mention the S890 chipset, the S720 is known to use a dual core MTK chip. Business users will get the Lenovo P770, a handset based on its big 3500 mAh battery, for hours and hours of functioning.

Dual SIM support is also here and you can even use the phone to charge up other gadgets, using its big battery. The A Series also got new members and this is the budget line of Lenovo, in case you’re wondering. The new A series models are A800 and the A690, both with lower resolution screens, a 4.5 inch FWVGA display on the A800 and a 4 inch WVGA on the A690. The A800 packs a dual core 1.2 GHz CPU, while the A690 is based on a 1 GHz chip with an unknown number of cores.