ZTE Grand S is the latest 5 inch handset introduced at CES 2013, following similar products being shown by Sony and the likes. Huawei even passed that diagonal with a 6.1 inch behemoth, but that’s a different story. ZTE Grand S, pictured below is the thinner 5 inch Full HD phone out there. 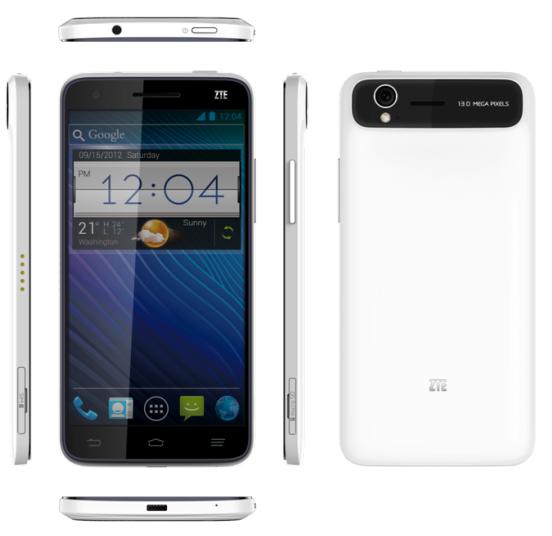 It’s just 6.9 mm thin and it comes with the already standard quad core Qualcomm Snapdragon S4 processor, clocked at 1.7 GHz. At the back there’s a 13 megapixel camera and upfront we’ve got a 2 megapixel shooter, both capable of 1080p capture. 2 GB of RAM are on board as well, plus 16 GB of storage, as well as a microSD card slot. LTE support is also here. ZTE Grand S runs Android 4.1 Jelly Bean and it should hit China before the end of the first quarter of the year.

ZTE Grand S has a disappointing aspect, which is the battery, a 1,780 mAh unit, that we certainly hope is a misscommunication from the company, or a typo, since it’s just too little. That’s about half the capacity of the Huawei 5 inch phone Ascend D2 and we can already imagine being plugged in all day with the phone to charge.