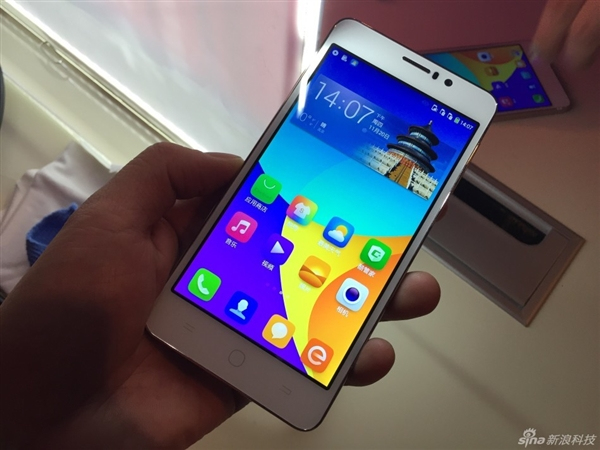 Coolpad has debuted a new flagship phone, a model under the ivvi brand, that’s priced at $293. The device has a custom interface on top of Android, a colorful one, just like many other Chinese makers have implemented before.

Ivvi K1 is the name of this newcomer and interestingly its price is very similar to the one of the Meizu MX4. The specs aren’t on the same level of the Meizu rival, sadly. We get a 5 inch screen with merely a 720p resolution, 8 GB of internal storage, an 8 megapixel back camera and 1 GB of RAM. There’s a Snapdragon processor inside, LTE connectivity, but at least the product stands out through the waistline.

It measures 5.9 mm in thickness and has a glass front and rear panel. Coolpad ivvi K1 is being marketed in China and I don’t know how this unit has been marketed as a flagship, since it doesn’t have the attributes of a high end or unique phone.