One would think that after Apple borrowed the notification bar from Android they’ll also borrow the face recognition unlock… Well, that’s wrong, since Apple had a patent out there for this technology since 2010, but it’s only now that the patent application was released and detailed. 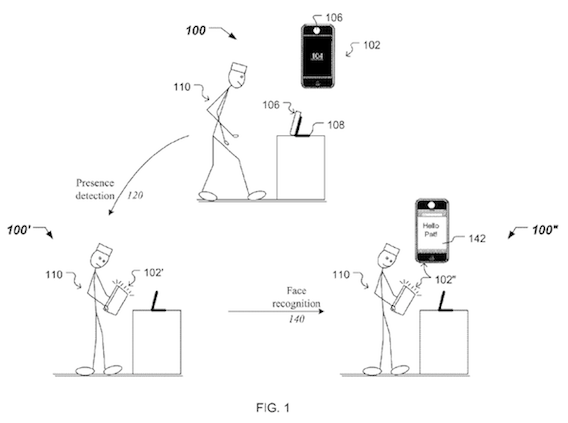 The system involves minimal computing power and it’s able to recognize the user both indoors and in the sunlight. Recognition works by comparing the real time image of the user’s face to a reference model user profile, that was created relying on the key portions of the human face (eyes and mouth). These are considered high information area, according to experts. Let’s just hope that Apple’s method is more efficient than the facial recognition in Ice Cream Sandwich, that failed to recognize me about 30% of the times.

Also, the ICS method could be tricked by showing the camera a picture of the user, so Apple will have to do something about that as well. Maybe they’ll implement some sort of 3D recognition through 3D mapping of the human face?