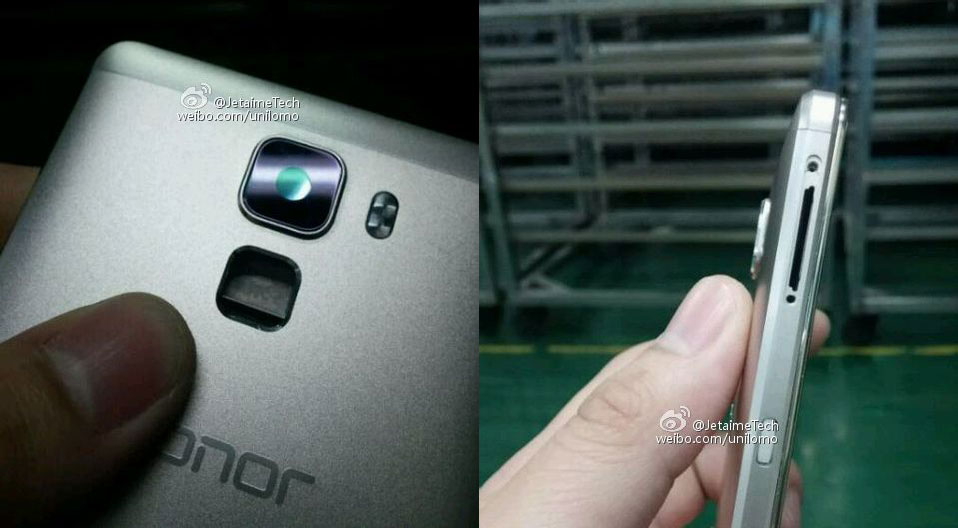 On April 15th, Huawei was launching not one, but three new devices in London, and today we get to see another phone that seems to be ready to be announced. Through a Weibo account we got in our hands some live pictures with a new phablet prepared by the Chinese company, more precisely with the Huawei Honor 7. 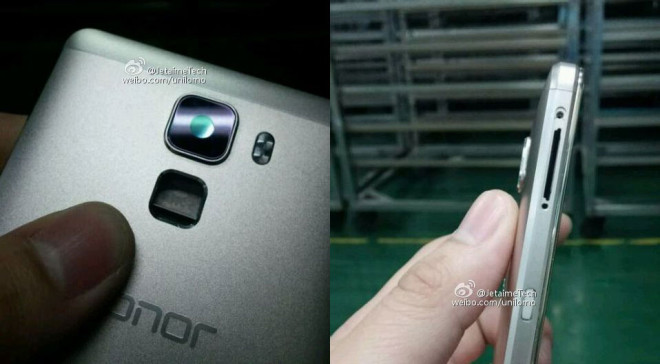 From the first look we notice the fingerprint scanner placed on the back below the camera, just like the one found on Mate 7. There’s a big camera sensor with dual-LED flash and an aluminium body that hides a 5.5 inch display, a 3 GB RAM memory chip and an octa-core processor developed in-house. We see that the camera sensor protrudes a little bit out from the case. 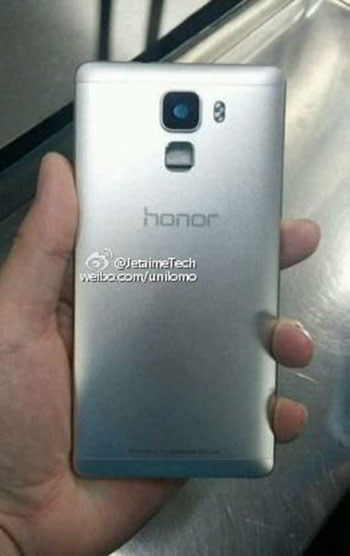 Even initially we thought that the phone pictured above is a Mate 7 successor, the Honor logo placed on the back of it makes things clear. According to the source, the new phablet could be announced on May 6th during a special press event in China.

Apart from this device, we couldn’t notice the fact that the phones equipped with fingerprint scanners are starting to become more and more present on the market. How you see this trend?