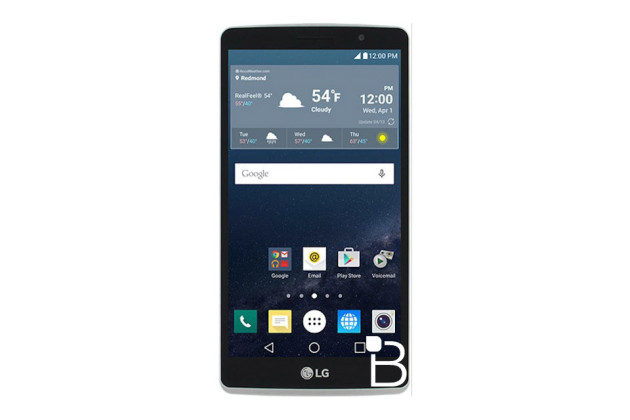 A while ago, a couple of live pictures arrived on the web revealed what seemed to be LG G4. However, shortly after we got to know that the phone was in fact a mid-range phablet called LG Stylus. Today we have the opportunity to take another look on this phone through a render of it.

From the first sight we notice some pretty big bezels around the screen and the fact that its overall form looks similar to the LG G3. Also, looking at the display we see the Android 5.0 Lollipop user interface with the customized LG icons and widgets.

According to the previous leaks, LG Stylus (LLS700) will pack a 5.8 inch display, a Qualcomm Snapdragon 610 processor and a 3.000 mAh battery. As you may know, LG’s latest great phablet was the G Pro 2, device with 5.9 inch FHD display, quad-core processor clocked at 2.2 GHz and 3 GB of RAM memory.