If you live in the UK and you’re a Three customer who owns a Galaxy S unit, it’s cool to be you! The carrier has just announced that it will make available the Android 2.3 Gingerbread update for the handset in mid-April, but it may arrive even sooner than expected. 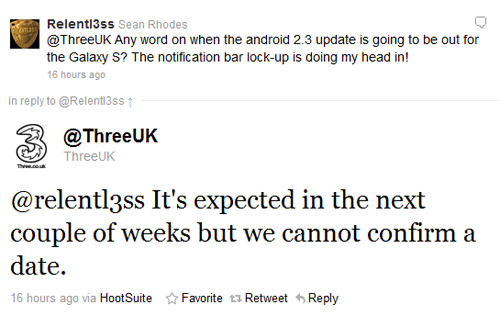 No exact date was mentioned, but the carrier replied to a subscriber via Twitter that the software will be made available in the “next couple of weeks”.  This is good news not only for 3 UK customers, but also other carriers, that will want to match their rival’s offer. However, if we’ll see the Galaxy S  II launched in this frame, we’ll think about upgrading… hardware-wise, with a new device!