Remember the Android smartphone dubbed GeeksPhone One, that we’ve shown you a while back? After being detailed, specced and checked out in front of the camera, we learn that the handset is coming to Spain this December with an extra: a physical keyboard. Expect the device to retail for $427, with 22 euros needed to reserve the phone today. 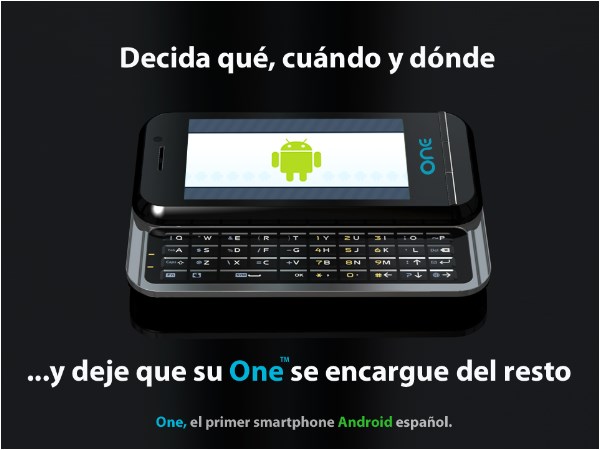 GeeksPhone One features a 528 MHz ARM11 CPU, a 3.1 MP camera, 256MB RAM (mDDR), 256MB NAND ROM, plus a touchscreen display with a 3.2 inch diagonal and a WQVGA resolution. A 0.3 MP fixed focus camera is available at the front and you have to know that the screen mentioned above is a hybrid-resistive unit.

GPS, Wi-Fi, a microSDHC card slot (32GB cards supported), an accelerometer and a 3.5mm headset jack round up the specs list of this appealing smartphone, that also uses a 1110 mAh battery.