A couple of days ago, we found out that Gigabyte also wants a piece of the Android pie, so they set off to build a handset running Google’s OS. Now, the first mages of the phone have gone loose and you can see it pictured below. 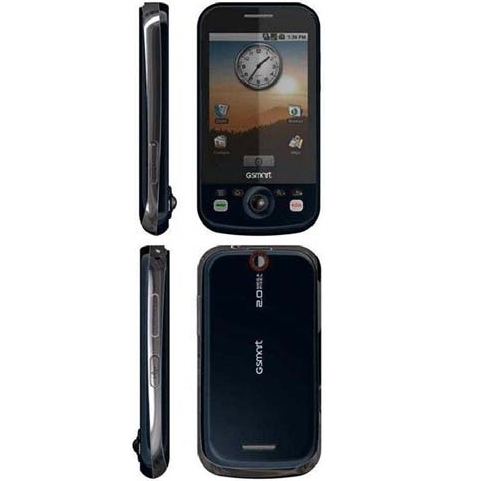 Although the phone has no name yet, it’ll be part of the GSmart series and it’ll run Android 1.6. Also we learned that the Gigabyte device sports a trackball, measures 103 x 54 x 13.4mm and supports GSM/GPRS/EDGE connectivity. There’s also a 2.8 inch QVGA touch display on board, as well as an accelerometer, WiFi, GPS, Bluetooth 2.0 support, a microSD card slot and a 3.5mm audio jack.

At the back of the new GSmart phone you’ll find a 2 megapixel camera and under its hood there’s a Qualcomm ESM7225 528 MHz CPU, plus 256MB RAM, 512MB ROM and a 1500 mAh battery. Gigabyte’s very first Android phone will debut in Russia in February with a price tag of $300.