Believe it or not, there’s a handset running Windows XP out there and it’s dubbed the xpPhone. Made by ITG, the device made its debut online and now we have finally spotted a price range for the unit: 400 – 650 bucks. 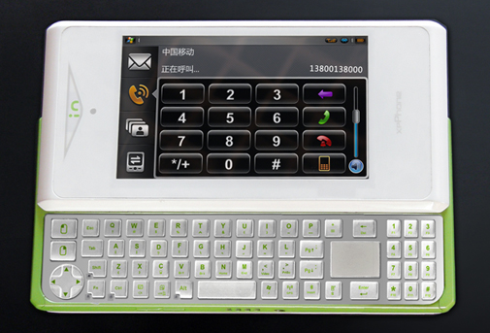 Considering that this is a Chinese phone, you’ll be able to customize its color, add Windows XP or Windows 7 to it and more, but this will make the price vary a bit. The downside to this product is that it’s as big as a brick, but its specs are pretty hot: 512 or 1GB RAM, an AMD SuperMobile CPU and GSM/CDMA support.

You can also choose between 8GB SSD or 120GB HDD, as far as storage is concerned. Would you buy such a device?