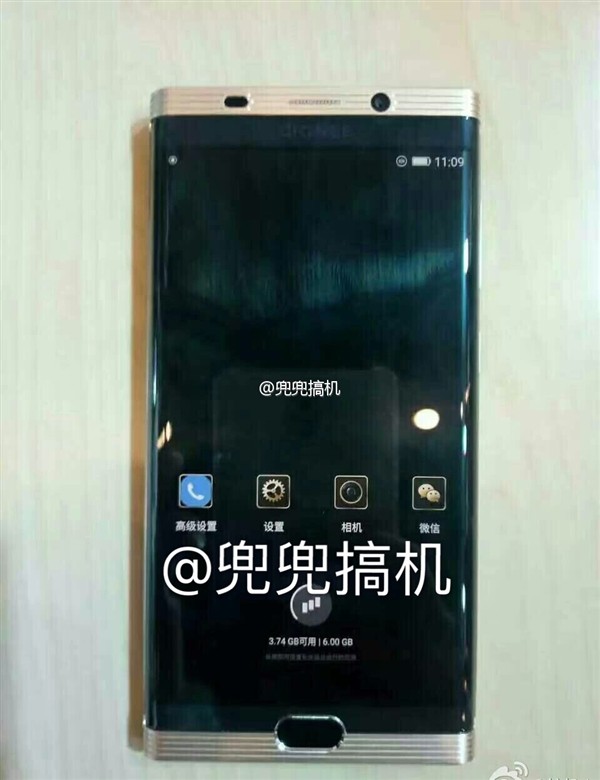 Gionee isn’t happy with its first dual camera that it just debuted, so they’re prepping another one. The mystery phone leaked this weekend and boy it’s a doozy. Taking some cues from Vertu models somehow, this device also brings a leather back for some reason.

The dual curved screen bit is surely interesting and if I’m not mistaking, it’s another premiere for Gionee. These spy shots were leaked on Weibo and we take them with a grain of salt, because the transition from the usual Gionee look is very big and dramatic even. The newcomer gets a leather back and metal antenna caps, while rumors also place on board 6 GB of RAM and a Home button with fingerprint scanner integrated. 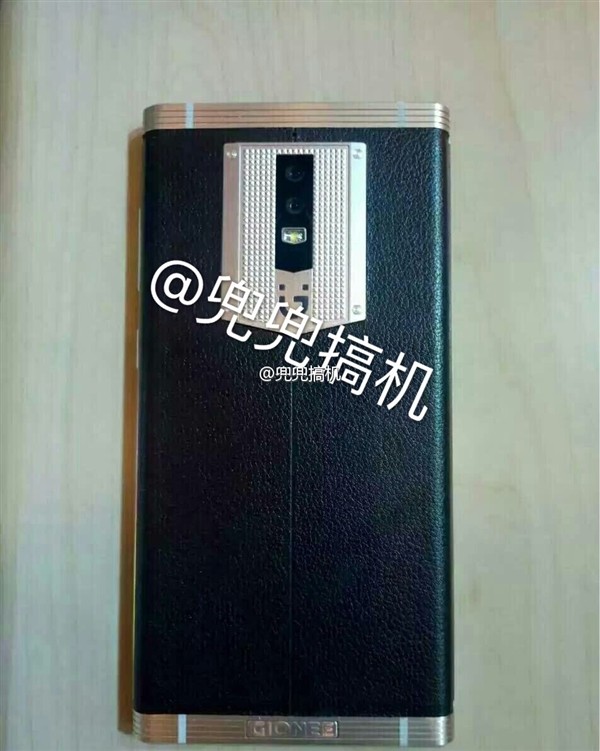 It all feels like pretty much a concept phone that was rushed. I don’t like the texture of the metal around the camera area and the leather feels kind of cheap, not stylish like the LG G4’s. I admit that the curved screen is nice and those lines within the top and bottom caps are an interesting tweak. Since 99% of companies don’t choose to launch products in the holiday period, we’ll probably see this at CES or MWC.