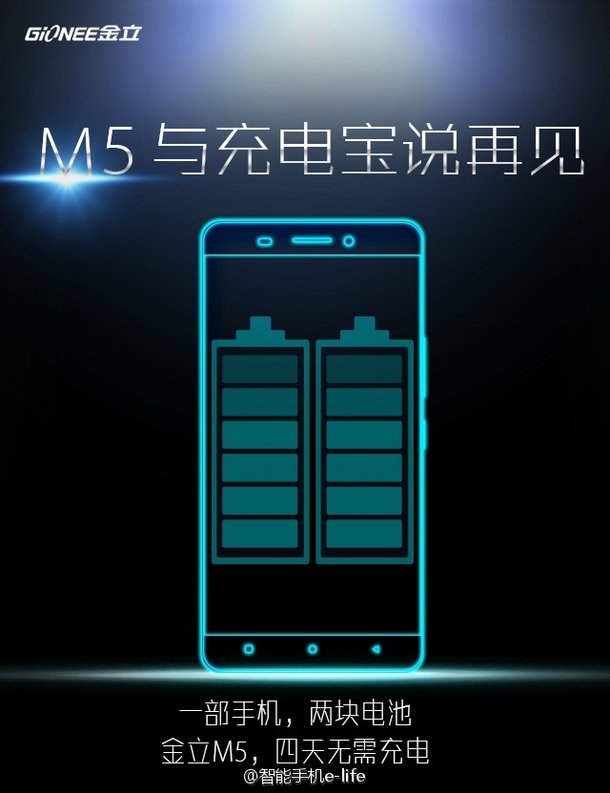 Gionee has been leaking and teasing the upcoming E8 handset, that should brings high end features, but now they’re also preparing another model. This one is called the M5 and should bring a double battery judging by the teaser below.

I would lie if I’d say I haven’t seen this approach before, since the Innos D6000 handset also has a dual battery, for example. Back to the Gionee M5, we have no idea regarding its battery capacity, but we do know it will support battery hot swap, so you can remove one of the power sources without shutting down. We also promised 4 days of functioning time.

Up until now, Philips has been known as the go to brand, when it comes to solid batteries, but Gionee may just make a mark in this area with the M5. We are very curious what the charging time will be for this product, probably very large, if we can speculate.