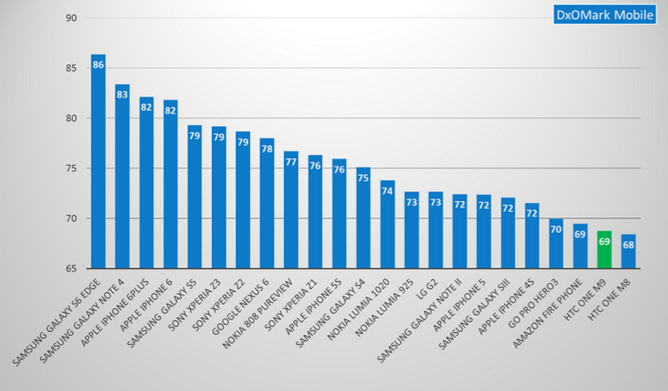 We reviewed the HTC One M9 right here and found it to be a bit of a letdown in the camera department. The switch to a Toshiba sensor wasn’t very inspired for HTC, it seems. Well, we aren’t the only ones unhappy with the camera, since reputed site DxOMark also reviewed the device and didn’t give it a high score. 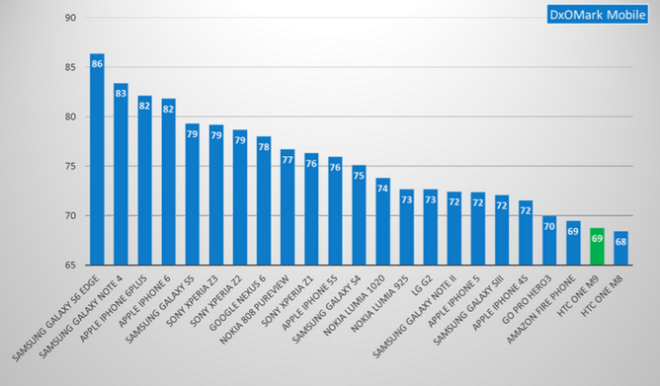 They usually review camera modules, lenses and all sorts of optical gear, including the ones integrated by smartphones. Well, HTC One M9 got a score of 69 points after the DxOMark test, placing it 22nd in the hierarchy of mobile phone cameras. That’s dominated by the Galaxy S6 Edge, with 86 points, followed by the Galaxy Note 4, with 83 points.

A few surprise models that scored higher than the One M9 are the Galaxy S III, LG G2, Galaxy Note II and iPhone 5s. Even the iPhone 4s is placed higher, while the Amazon Fire Phone, that also let us down has the exact same score as the One M9. HTC’s flagship brings marginal improvements from the predecessor and among the Pros DxOMark lists good noise reduction in bright lighting and accurate autofocus.

The cons include oversaturated colors in low light, inaccurate white balance and lack of OIS.