Many antitrust fans and people who praise competition in the IT business have considered the fact that Google CEO Eric Schmidt is also part of Apple board of directors bizarre to say the least. Well, Schmidt has just resigned, so you can settle down now and enjoy your… antitrustiness. 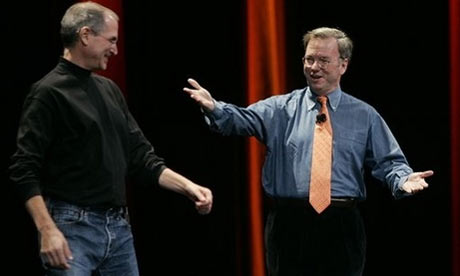 It has become obvious that Google and Apple are competing in some segments by offering similar products and this resignation could also be caused by the FCC’s recent letters addressed to AT&T, Apple and Google, regarding the removal of Google Voice apps from the App Store.

Everyone mentions Chrome OS as one possible reason for the resignation, but I doubt that this product will challenge Apple’s Mac OS to a duel, since it has a long way to go before reaching a decent market share, specially since… it’s not even out yet! Also the Google Android versus iPhone duel seemed pretty strange with Schmidt so close to Apple’s secrets.