HTC’s Chinese subsidiary Dopod is about to launch 3 Google Android handsets this year, according to its mother company. Among the 3 models there’s the famous HTC Hero, the low end Click and a brand new device supporting the local 3G standard. 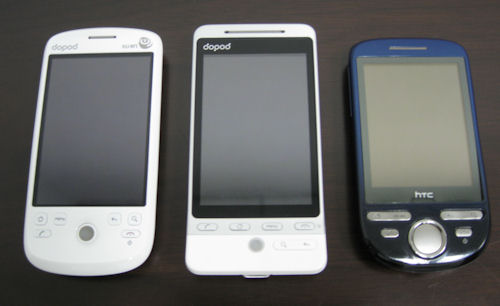 HTC Click will be sold under the Dopod branding and it seems that the phone will premiere in China, since it hasn’t been launched internationally yet. Expect it to drop in Q4 for $500 and to bundle 2 detachable front covers that change the color of the device.

Another Android phone scheduled for release in China is a handset that supports the WCDMA 3G standard, used by the China Unicom carrier. However, the first on Dopod’s priority list is HTC Hero, that’ll start shipping in China late this month. Hero will retail for 50% more than Click and it’ll have  the Google Maps app removed, since each piece of software must received the government’s approval and this one didn’t.