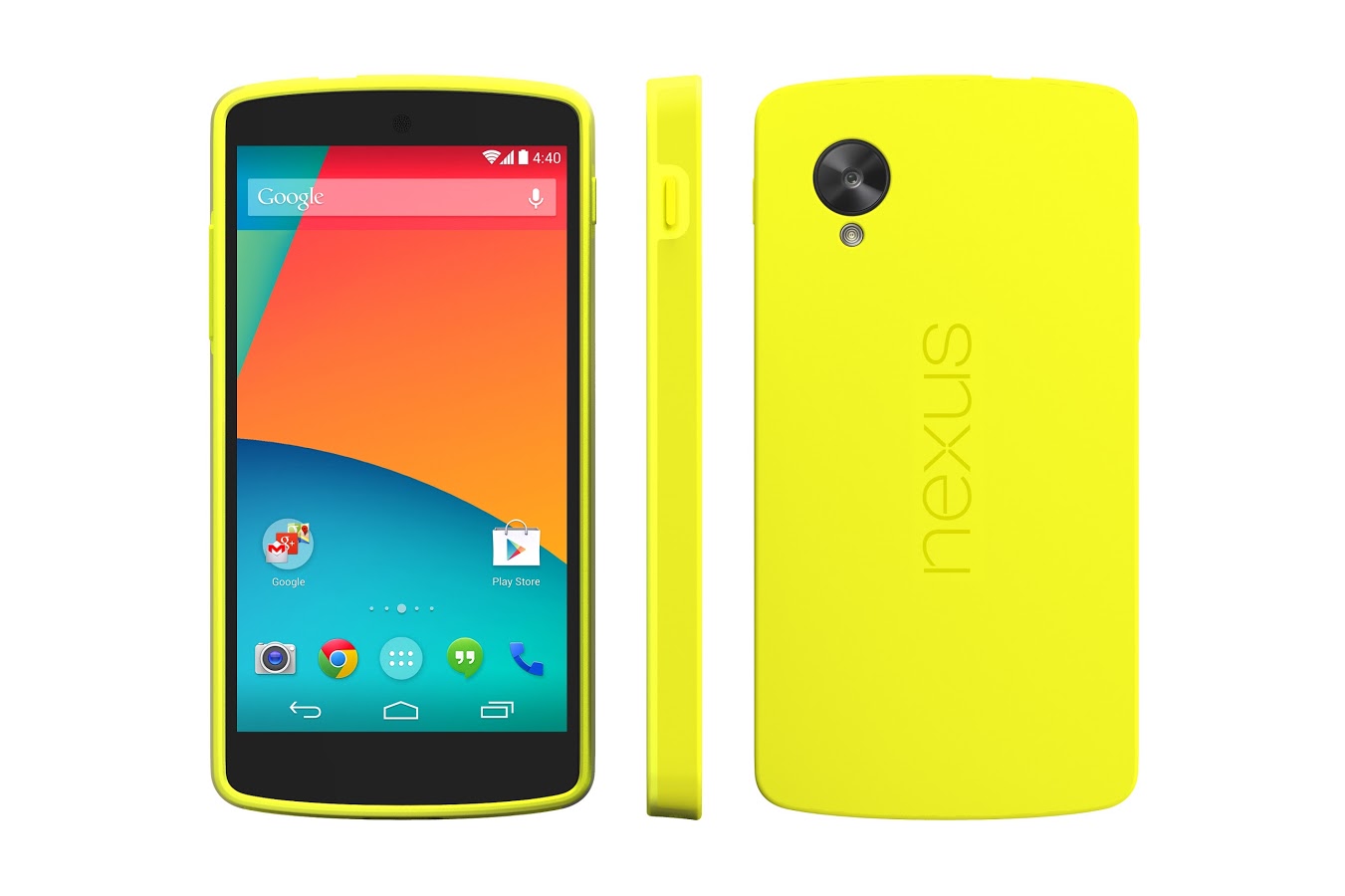 If you have a look at the Android website’s Phones & Tablets page, you’ll notice that the Nexus 5 is listed in black, white, red and yellow. While the first three flavours were already known, the yellow one is new and we found out about it on Reddit. 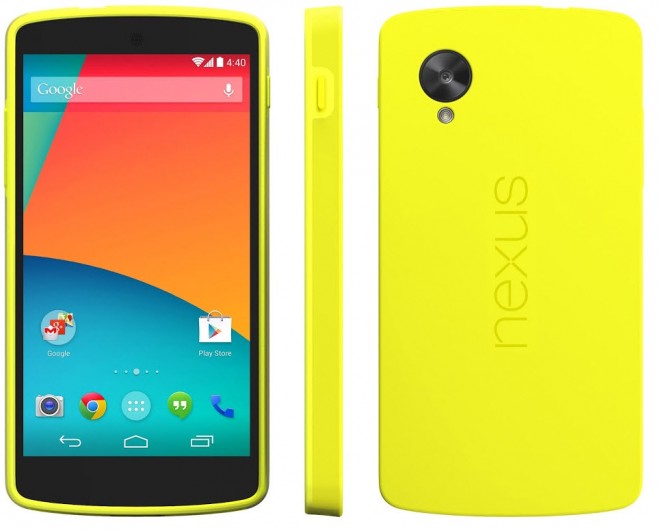 The page may change so we’ve attached a screenshot below for good measure. By the way, the picture above shows a Nexus 5 with a yellow bumper case, not the yellow Nexus 5, but it’s meant to give you an idea of what to expect. Such a release would certainly tie in well with the summer colors that all new handsets adopt and maybe even with Brazil, the World Cup and other sports events this summer. 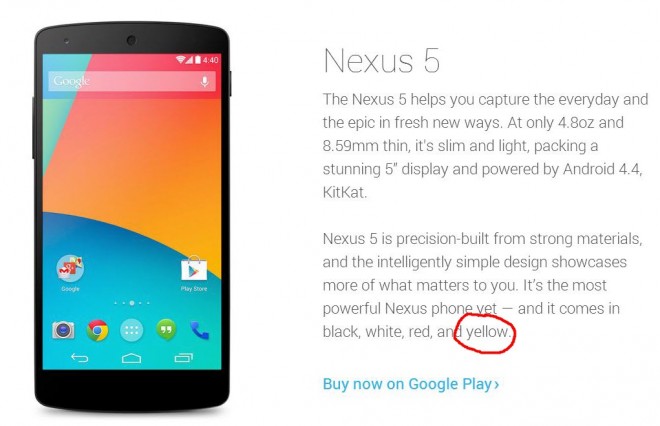 The Nexus 5 is still a solid buy, since it’s a Snapdragon 800 phone with a Full HD 5 inch display and a 8.59 mm thickness. It runs Android 4.4.4 right now and it will be among the first in the world to get Android L. Other good news is that you can toy with the likes of Sailfish OS and Ubuntu Touch on it… How about a yellow version? Would you buy it?