Yes folks, the next Google Phone is real, it’s a Nexus model and it’s most likely made by Samsung. Best Buy just managed to get the nomination for “leak of the century”, after mentioning the Nexus S handset on its website, in the pre-order section. The mistake was quickly fixed, but we have the screenshot proof below, courtesy of Phandroid. 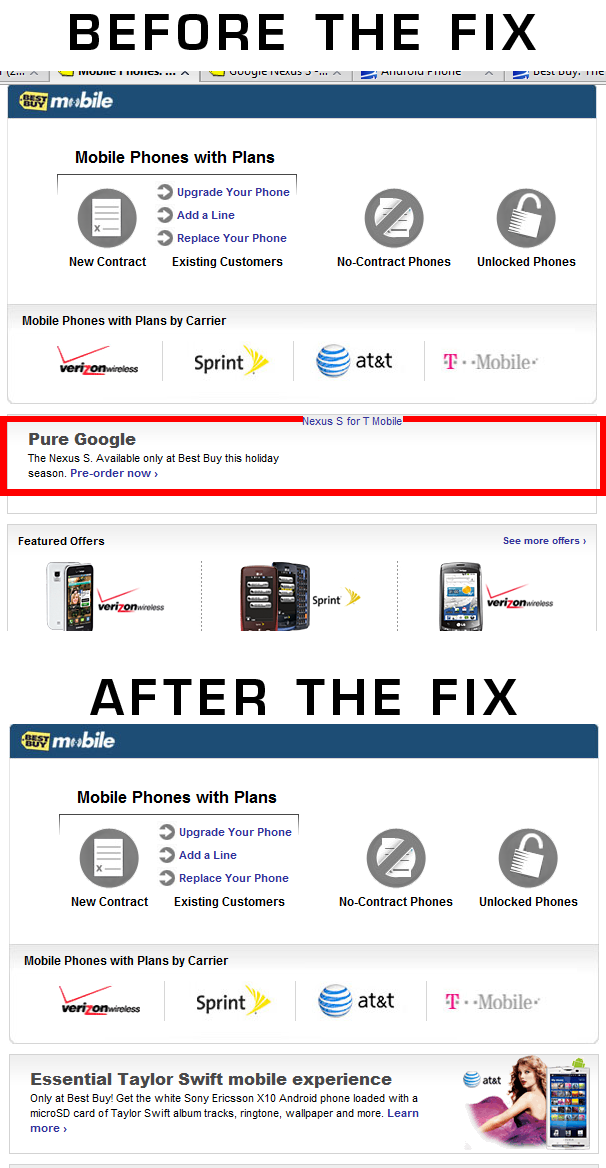 Apparently, the smartphone is “Pure Google” and the Nexus S for T-Mobile name was confirmed by a broken image link. As you can see now, the leak was replaced with a Taylor Swift XPERIA X10 special package. Expect a Best Buy employee to take the fall these days, but also expect a surprise before the month is out.

We tend to say that such leaks are never accidents… Samsung’s Google Nexus S is coming!