After finding out that there really is a Google Nexus One follow-up out there, courtesy of a Best Buy leak, here’s some more info concerning the new device, dubbed Nexus S. Aside from it being T-Mobile material, it appears that the phone is Samsung material and it could in fact be the Samsung GT-i9020 model, as proved below. 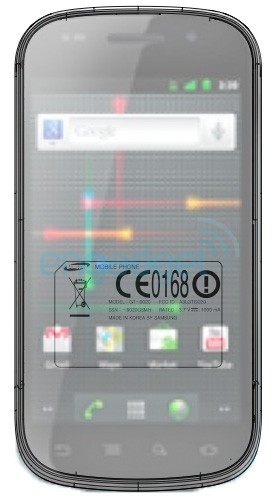 Engadget is the one with the scoop, claiming that they’ve searched for the Nexus S on Flickr and Picasa, coming across some 5 megapixel shots created with a phone bearing the model number GT-i92010 and the Samsung branding. They were taken a few days ago and this could as well be the Nexus S Android 2.3 handset we’re waiting for.

Also, there’s an FCC filing for this unit and WiFi Alliance certification for the new Samsung, so we’re dealing with a WiFi 802.11 b/g/n-supporting phone and with AWS 3G on board. This fits perfectly with he T-Mobile side of the deal and also with the theory that stated the following Nexus unit was going to be part of the Galaxy S series.

Now, let’s wait for some specs to leak…