Google Maps Navigation is now available for free, complete with turn-by-turn features on Android devices in the UK, provided that they’re at least running version 1.6 of the OS. We’re talking about the 4.1.1 beta version released on April 16 in the US, but barely now reaching over the Atlantic. 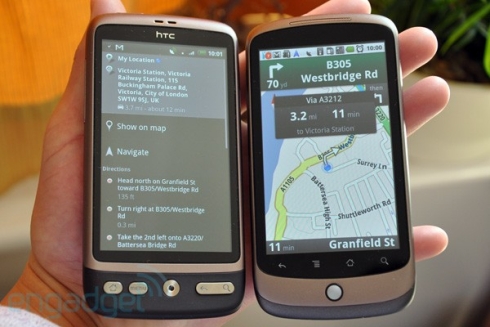 Engadget tested this feature on HTC Desire and Nexus One, finding it to be satisfying. Also, the latter device also comes with the cool option of vocally instructing the Google search bar to navigate to a certain destination. Among the devices supported by this service we have to mention Dell Mini 5 and Sony Ericsson X10, as claimed by the folks of XDA Developers.

This doesn’t necessarily mean that all Android 1.6 devices are compatible, but Android 2.1 users are certainly on the safe side. Also, it turns out that turn by turn navigation was also present in the 4.1.0 version of the software, so all it needed to get was an activation from Google.