In case you remember, Google Sync was launched earlier in 2009, allowing the users to synchronise his Gmail contacts and Google Calendar with the iPhone, Windows Mobile or S60 devices. Now, this sync service also supports Gmail, on the iPhone, iPod Touch and Windows Mobile handsets. 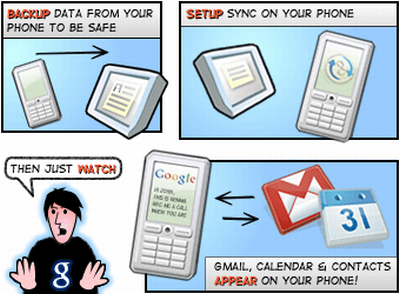 Via Google Sync, you can now have your Gmail messages pushed directly to the phone, meaning that if you’re constantly connected to the Internet, your inbox will always be up to date. Sync is compatible with the handset’s native email app, so you won’t need extra software. You can also choose to only sync Gmail, or only the Contacts or Calendar, plus combos of the three.

If you want to give Google Sync a spin, access m.google.com/sync from your PC and if you’re already using Google Sync, here’s how to enable Gmail sync.