Samsung announced some cool new technologies yesterday, among which there was also a fresh ARM Cortex CPU, running at 1GHz. The handset manufacturer launched two versions of the processors, one for smartphone and the other for netbooks, both supporting 3D graphics and full 1080p HD codec for video recording and playback. 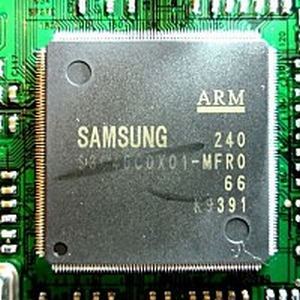 Can you imagine an OmniaHD handset sporting a 1Ghz processor? Also, Samsung provided details regarding S5k4EA, a new 5 megapixel camera sensor, that brings “digital still” camera functions to the mobile world. This sensor is smaller and slimmer than its predecessors and is able to capture 1080p video at 30 fps, also providing auto focus, a Xenon flash and a mechanical or electronic shutter.

Along with these innovations, Samsung showcased a brand new slim display chip, that supports capacitive touchscreens, all of these during Samsung Mobile Solutions Forum, held in Taipei.

[via Dial a phone]