You must’ve heard that only hours after the Samsung Galaxy S III was launched LG went ahead and announced its very own new flagship, the LG Optimus LTE 2. This model has a great appeal, because it’s the first handset with 2GB of RAM. Anyway, you must know that the handset was officially showcased in South Korea, during an event where the folks of The Verge were present. 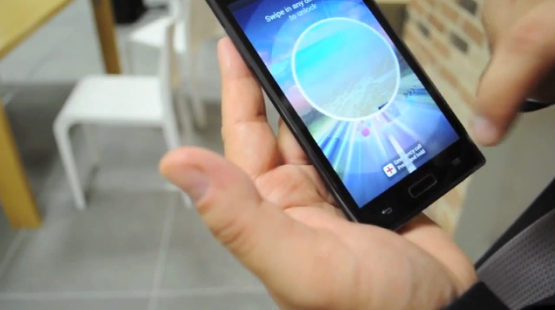 They brought back some interesting hands on time with the phone, that reveals the brand new Optimus UI 3.0 created by LG. This is actually a skin layered on top of Android 4.0 and it offers some original features, such as the unlock screen that resembles the one in Honeycomb a bit, plus new transitions between Home screens and fresh widgets. Also, there’s a new action involving the press of the two volume buttons at the same time to trigger a notes app, that allows you to write directly on the screen, no matter what else you’re doing.

As far as the phone goes, LG Optimus LTE 2 is a 4.7 inch IPS screen device with a 720p resolution, 2 GB of RAM, Android 4.0 and a Qualcomm S4 MSM8960 processor at 1.5 GHz. Under the hood there’s a 2.150 mAh battery and LG promises to offer 10 hours of talk time with its aid. The smartphone weighs 145 grams, measures 8.9 mm in thickness and looks pretty hot to me. At the back we have an 8 megapixel camera with voice control, a similar feature as the one present on Galaxy S III.