If you thought that the LG Optimus LTE2 was amazing, with its 2GB of RAM, now it appears that the Samsung Galaxy S III will also get a version with 2GB of RAM. Just like it happened last year to the HD display Galaxy S II, the handset will be coming to Japan first and hopefully it will also launch in other countries. 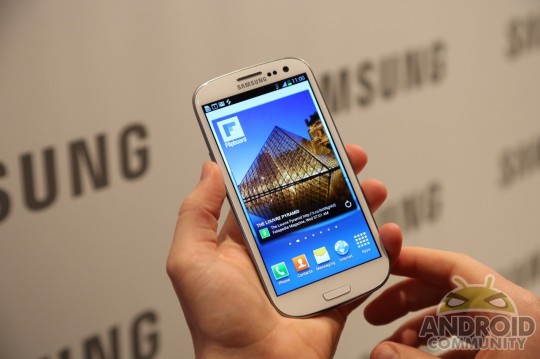 Samsung is trying to compete with LG, that actually launched their 2GB phone in order to compete with the Galaxy S III. Funny, isn’t it? I guess Samsung won’t forgive themselves for allowing LG to enter the Guinness Book of records with the LG Optimus 2X for being the first dual core phone, so now they want to spoil every premiere they have. Also, in case one of the South Korean companies has a technology the other one doesn’t, there’s always industrial espionage, that’s a big thing in Asia, as far as I’ve heard.

Samsung’s latest flagship is starting to get more varied versions, so right now we have the quad core Exynos one, the dual core Snapdragon S4 one for the USA, with 4G LTE and this one with 2GB of RAM. The model number will be SC-06D for the smarpthone with extra RAM and it will come sometime in June and keep the Exynos chipset. It will also have 32GB of storage.