LG’s Optimus LTE2 made the headlines when it was announced the same day as the Galaxy S III, since it had the upper hand on the RAM side. This is actually the first handset packing 2GB of RAM and LG is certainly one to love premiere. After all, they’re in the Guinness Book of Records for releasing the first dual core phone ever, Optimus 2X. 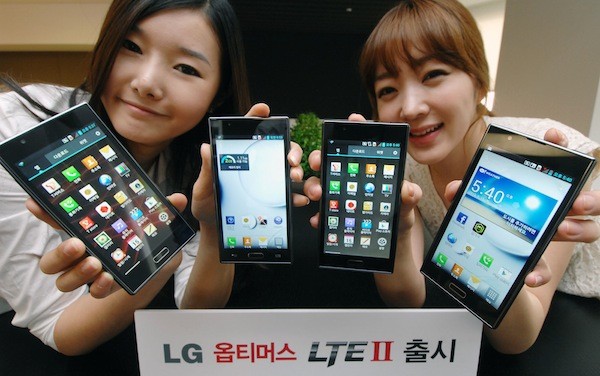 Now they’re doing it again with the 2GB RAM phone, that will actually ship in Korea this week. On this occasion we also found out more specs, since when this model was announced everything was hush-hush and not so many features appeared online. Optimus LTE2 comes with a 4.7 inch True HD IPS LCD screen, an 8 megapixel camera and dual core 1.5 GHz processor. The latter 2 specs were also present on the predecessor of this model. The weight has increased by 10 grams, most likely because of the 2,150 mAh battery.

This handset also supports wireless charging and relies on the Optimus UI 3.0 new interface, that brings some interesting new features, such as drag anywhere lock screen, icon customizer, a new pattern lock and a voice shutter for taking pics with voice command.