One of the first devices unveiled at MWC 2012 was Huawei’s Ascend D1, since the company was the first to have a press conference in Barcelona. Now this model has arrived at the FCC for testing purposes and it reveals its specifications in full. 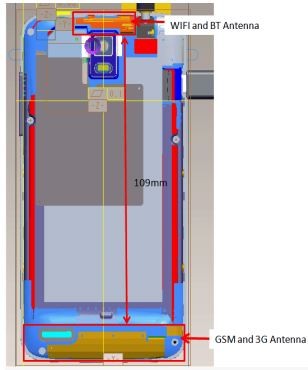 Huawei Ascend D1 features a 4.5 inch 720p Super IPS+ LCD screen with an impressive pixel density of 326 ppi, that allows it to enter Retina level. The Huawei smartphone features a dual core 1.5 GHz TI OMAP 4460 processor, 1 GB of RAM and 8 GB of storage inside. FCC also mentions that there’s a microSD slot on board with 32GB capacity. At the back we have an 8 megapixel camera with dual LED flash, able to capture 720p videos. At the front we find a 1.3 megapixel camera for video calling.

The Huawei Ascend D1 runs Android 4.0 ICS straight out of the box and provides quadband GSM and pentaband HSPA+/WCDMA connectivity. This means that the unlocked version of the phone will work on AT&T and T-Mobile without hassle. We have no information about which carriers will get this phone, but at least we know it’s compatible with two of the most important operators.