Before MWC even began we covered some news about Nvidia getting ready to present a reference design smartphone powered by the Tegra 4 chip, during the event. Now that the show has begun we have a first hands-on experience, courtesy of The Verge, that we would like you to enjoy. 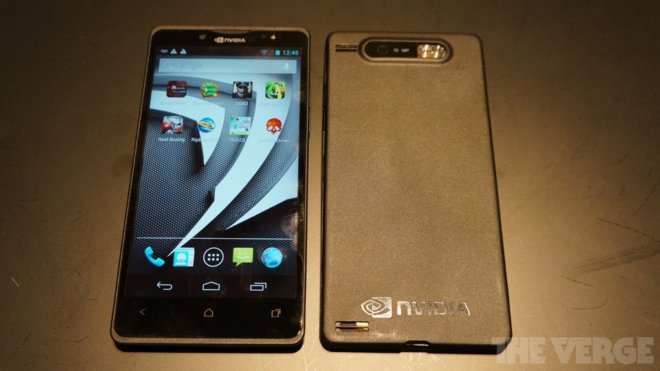 The reference design Tegra 4 Smartphone from Nvidia is codenamed Phoenix and it´s a very powerful device with LTE. The design is fairly straight-forward, it looks light enough an it´s very thin. The device is still in it´s very early stages of development and there is still a lot of work ahead of Nvidia before it can reach peak performance. The manufacturer has announced that the final release device that is going to be provided to its partners will be even thinner. On the back of it there is a very large 5-inch display that offers 1920 x 1080 Full HD resolution.

Inside the Phoenix there is the Tegra 4i chip, that is the manufacturers special design for smartphones. The chip is, at least according to Nvidia, only marginally lesser than the full-size Tegra 4. The chip is also going up against the likes of Qualcomm´s Snapdragon, offering improved LTE connectivity. Enough talking and let´s take a look at the video below: