Today during a grand event at MWC 2013 Nokia introduced not only the rebranded Nokia Here mapping solution, but also a bunch of handsets. They include two new Lumias and two affordable models: Nokia 105 and Nokia 301, that you can check out below. 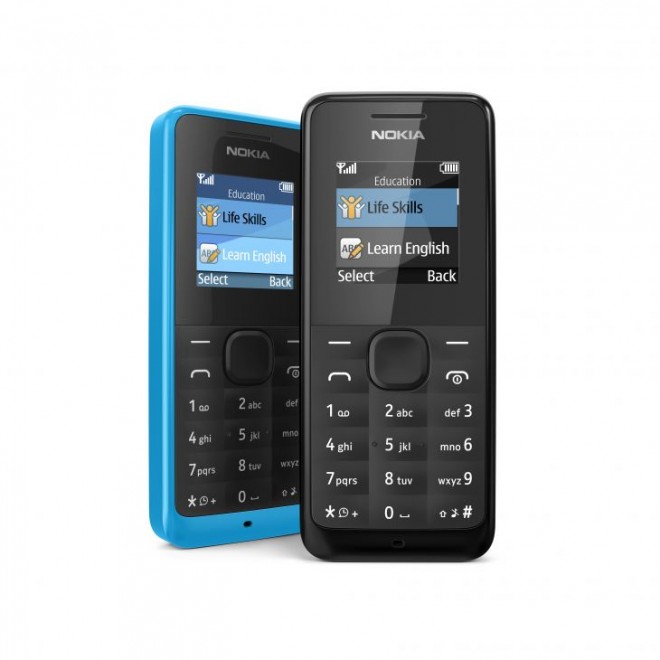 Nokia 105 is the most affordable Nokia phone to date, while the Nokia 301 is the most affordable model with mobile Internet and email access, plus camera experiences inspired by Nokia Lumia smartphones. The Nokia 105 is the perfect device for the first time phone buyer, since it comes with a bright color screen, FM radio, speaking clock and it’s also resilient to dust and splashes. It has a pillowed keypad and a flashlight, among others.

It promises 35 days of battery life, obviously in standby. The Nokia 105 will be available in black and cyan and it has a recommended price of 15 euros. It will be rolling out in Q1 2013 and it weighs just 70 grams, while measuring 14.3 mm in thickness. Its display size is 1.4 inches and the resolution is 128 x 128 pixels, plus the screen is an LCD one. 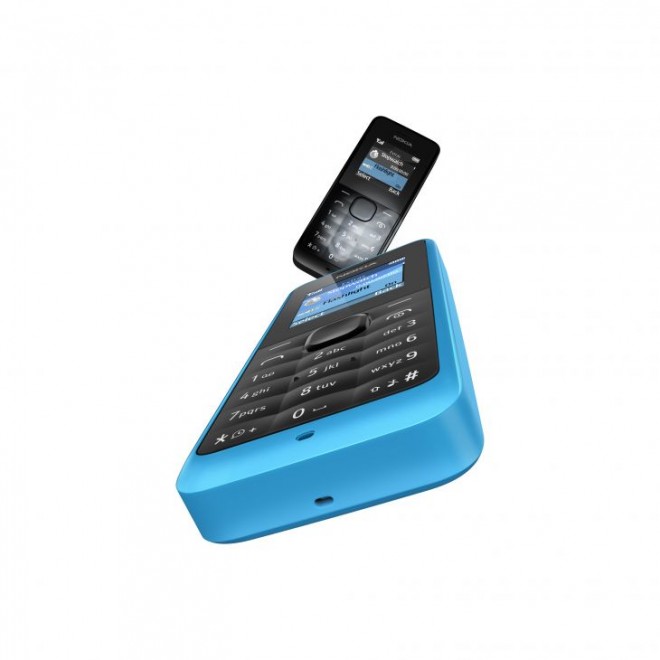 The device uses a mini SIM and it doesn’t have Bluetooth, WiFi, NFC or wireless charging. The Nokia 301, pictured below is a colourful handset, that features 3.5G Internet connectivity and comes preloaded with the Nokia Xpress Browser. It will be available in cyan, black, magenta, yellow and white, with a recommended price of 65 euros. It will be rolling out in Q2 2013 and it will debut in 120 countries. 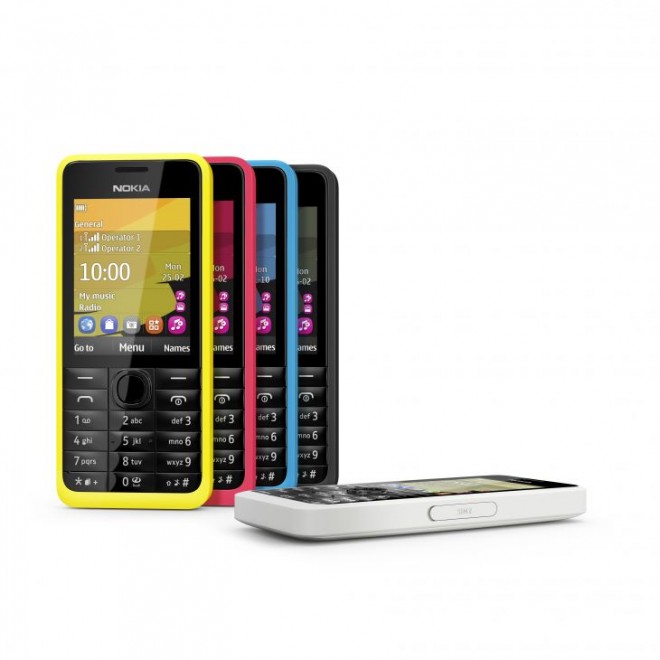 We’ll be back with some hands on videos soon! 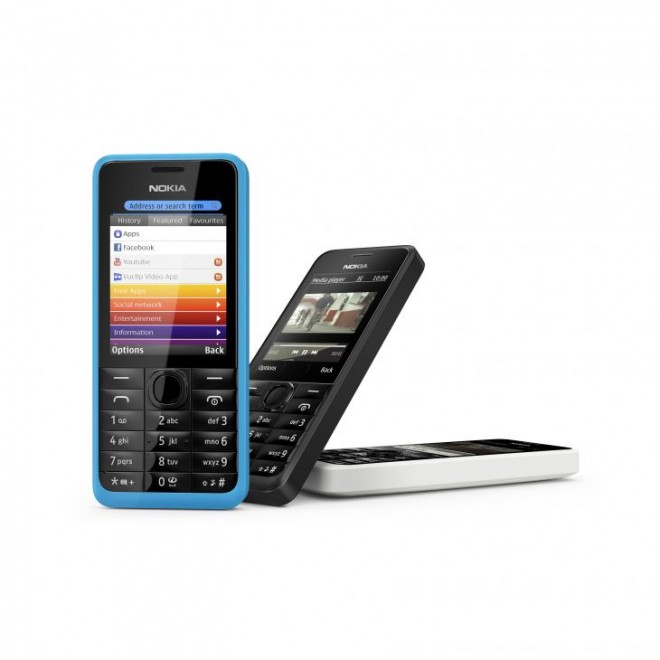