Home Android HTC 10 Pops Up in Live Shot, With AnTuTu Benchmark Shown on... 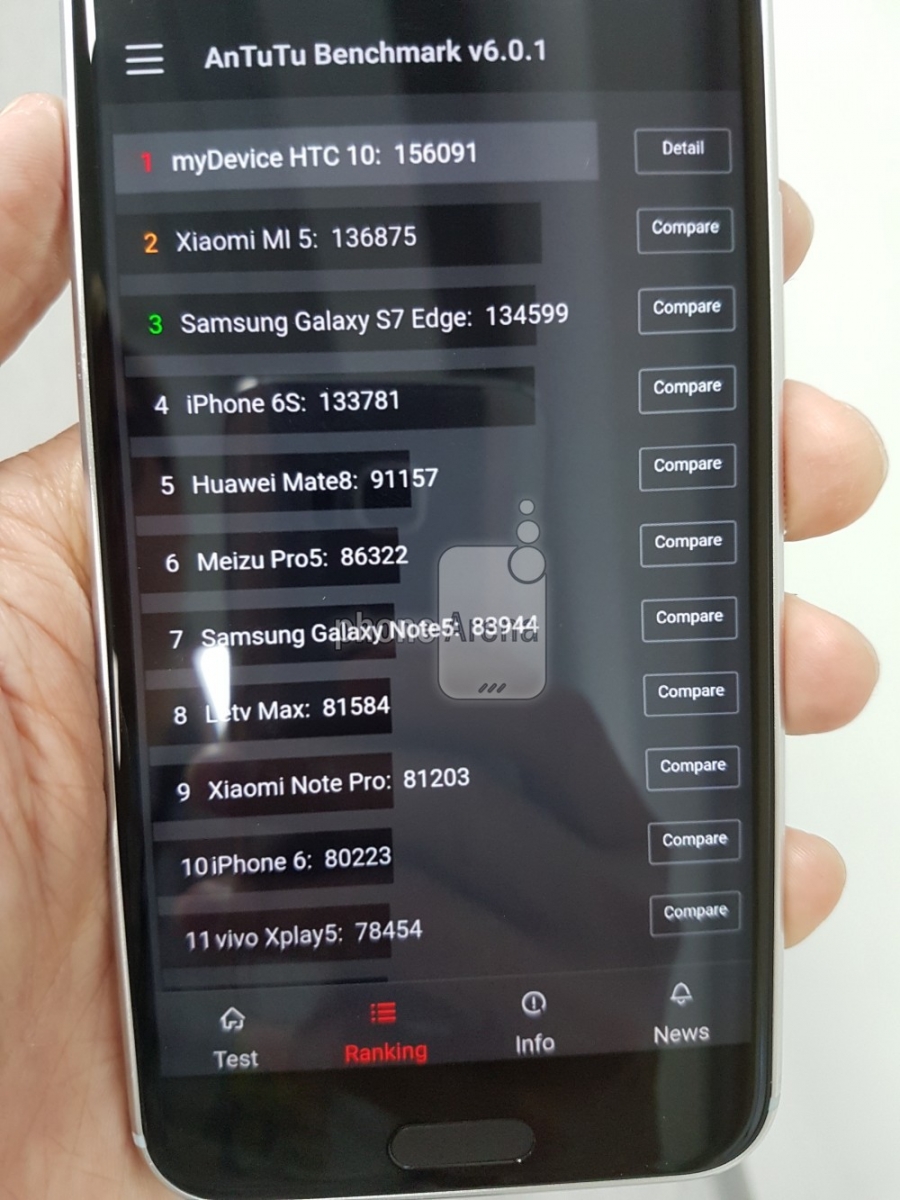 HTC 10 continues its series of leaks, today with a live shot of the device, showing the AnTuTu benchmark on screen. The device will debut on April 12th, during a special event, prefaced by a series of leaks, such as the one below. 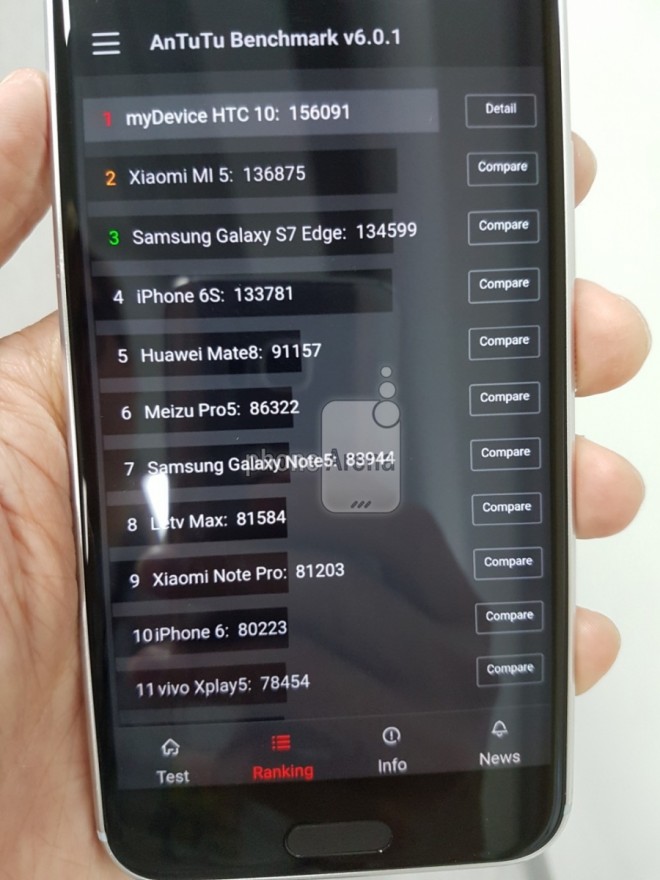 We see an impressive result, with the HTC 10 scoring 156.091 points and beating the likes of Xiaomi Mi 5 and Galaxy S7 Edge in AnTuTu v6.0.1. This leak also seems to confirm some sort of curved screen panel, judging by the light reflections on the edges. The score above is achieved with the aid of a Snapdragon 820 CPU, 4 GB of RAM and 32 GB of storage.

There’s a Quad HD screen confirmed by a leaked wallpaper or two from the HTC Sense 8.0 package. The HTC One M9 had problems with performance and overheating, so the HTC 10 has a lot to make up for. So far so good, so we look forward to seeing it in action. Hopefully, it remains cool this time…