We already reviewed the Samsung Ativ S Windows Phone 8 device and now a second model with this OS is here, this time from HTC. I’m talking about HTC 8X or HTC Windows Phone 8X, as it’s also known. We’re dealing with a phone that goes for $99 or $199 on contract on some of the major carriers and it comes with a nifty design, ahead of everything else. 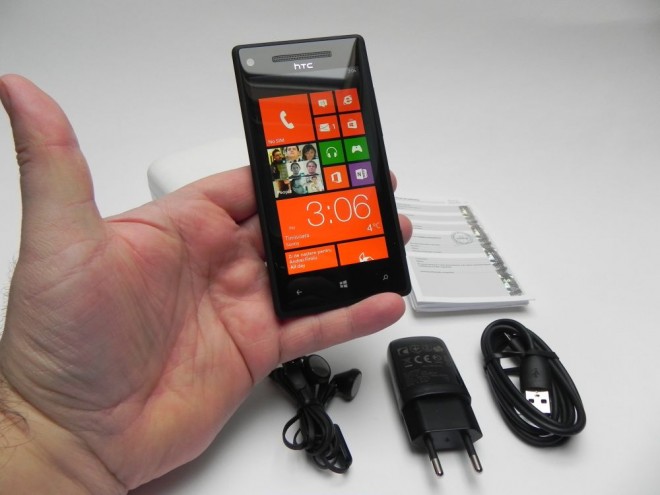 The handset comes inside a box with the same design as the one of the One X and One S, so it’s compact and shaped like some sort of “rectangular egg”, if you allow me to make this comparison. This model was launched in November and the first thing you can feel is the soft touch back area, that may remind you of the feel of velvet. In fact it’s a polycarbonate material. Inside the box we’ve got the handset, a big bunch of manuals, USB cable, headphones and charger, plus a small metal key for taking out the microSIM.

HTC 8X measures 10.1 mm in thickness, weighs 130 grams and packs a 4.3 inch 720p SLCD2 display, Beats Audio tech and 1 GB of RAM. The initial setup of the handset lasts quite a bit, but getting past that we discover a crisp display, a nice 8 megapixel camera with that unique lenses system that appears on all WP8 devices, plus a pretty powerful dual core Snapdragon CPU. We’ll be back with a full review ASAP.