HTC was rumored for a while now to be preparing 3 Windows Phone 8 devices for a September debut, with the 3 models being HTC Rio, Accord and Zenith. Now with IFA already started, we may actually see the new models in Berlin, or we may have to wait a big longer. Luckily we got a fresh leak, the one of the HTC Accord, courtesy of Twitter account @Football4PDA. 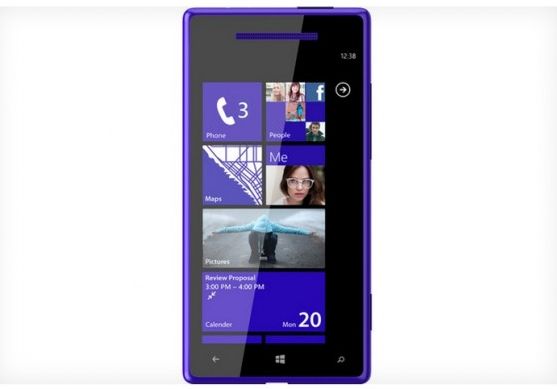 This picture you see above was posted on Twitter by this XDA Developers member and it was confirmed to be obtained from a HTC ROM, showing off the render of a never before seen device. It may be running Windows Phone 7, but this handset does have an unusual color for the HTC WP7 units we’re used to. Other than Nokia I can’t remember any other company playing with joyful colours in the WP segment. Anyway, we also get some specs with the newcomer, stuff like a 1.5 GHz dual core MSM8960 chip, the same one that’s on the Galaxy S III, USA version.

HTC Accord also uses a 4.3 inch 720p display, a Super LCD 2 one for that matter, as well as an 8 megapixel camera with 1080p capture, microSD card support and NFC. Samsung already broke the ice by unveiling the first WP8 device, Ativ S and now it’s the turn of Nokia on September 5th to debut their new Lumias. When will HTC also launch its new generation of Windows Phone models?