HTC’s CEO, Peter Chou was recently interviewed by Forbes and talked about the launch of the very first Windows Phone 7 handset, that will take place this year. He also addressed some other topics, like the success and sales of the Nexus One, plus HTC’s future strategy. 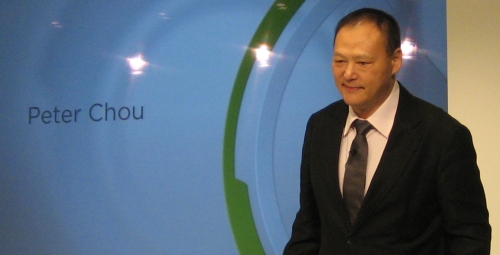 Peter Chou refers to the Nexus One as a way of bringing new business to HTC and the proof that the Taiwanese company is a top Android brand. HTC’s CEO also claims that HTC sold around 135,000 units of the Nexus One, which is fairly good, considering the lack of standard retail or marketing for the handset.

As mentioned above, HTC’s boss is sure that a Windows Phone 7 unit made by his company will hit the market this year. We’ll have to wait and see if the OS will be customized with a brand new version of the Sense UI, but we can already bet that this will happen, knowing HTC’s passion for innovation.