During a press conference in South Africa, HTC announced its plans for the future, taking the shape of a smartphone with advanced media features. These include 1080p video recording and 5.1 surround sound. 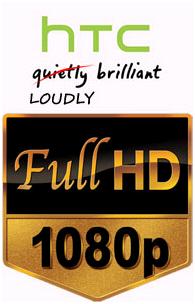 The surround sound technology will be developed by HTC in cooperation with Yamaha, with plans for launch of the device by Q3 2010. 14.4Mbps HSPA+ connectivity will also be on board of the new handset, while 1080p video recording phones will arrive in Q2 2011.

Another interesting announcement was that HTC is also developing an Android tablet, that will probably rival the iPad. No specs were mentioned, sadly…