It’s a leaky week/month, now that the iPhone 4G was found in a bar, so it doesn’t surprise us to find out that a myTouch Slide handset was recently detailed through a hands one experience of a lucky user. The device was received ahead of schedule and we have to mention that it’s made by HTC and will be offered exclusively through T-Mobile. 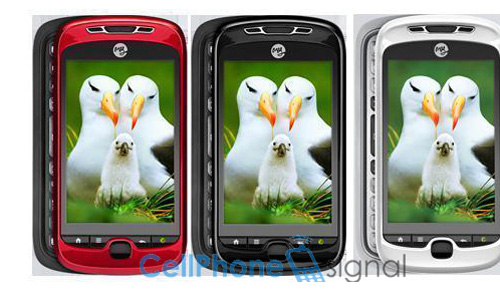 Officially, the handset will be known as myTouch 3G Slide and it’ll be launched in May. The software on the phone is in beta mode for now, but the hardware is final, so the specs can be confirmed. The touchscreen on the myTouch Slide is about the size of the one on the iPhone 3GS, but we can’t tell if it’s an AMOLED or not.

At the back of the phone you’ll find a 5 megapixel camera with an LED flash and autofocus, while under the hood there’s a 600MHz ARM11 CPU and 512MB RAM. The same amount of memory can be found on board, plus the device will be bundled with an 8GB microSDHC card. Android 2.1 is the OS of choice on the device, coupled with HTC Sense UI, with the Leap Feature, allowing the users to mess with more than one home screen at once.

Multitouch input is supported and there’s a series of preloaded apps on the phone, like AppPack, My Account and myTouch Music. T-Mobile myTouch Slide uses the Swype virtual keyboard, but that can be switched with the HTC keyboard and you should also know that there’s a 1300 mAh battery on board.