Before HTC managed to leak most part of its 2010 smartphone portofolio on the web months ago, a couple of skilled hackers dissected a ROM and found the HTC Bravo and HTC Incredible names in its code. Now, a bunch of brochure scans popped on the web, courtesy of the XDA board, showing details about the Bravo model, but also mentioning Incredible on the same page. 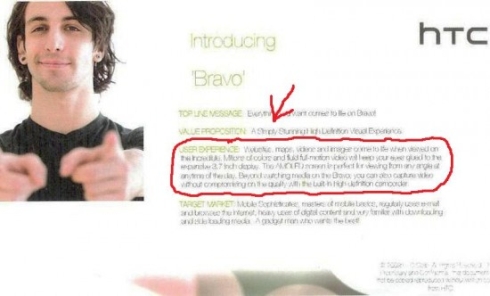 While the headline of the page pictured above says “Bravo”, the text describes HTC Incredible, as a device sporting a 3.7 inch AMOLED display, viewable from any angle at any time of the day and great for multimedia experiences.

Then there’s the picture below, once again with the Bravo title and once again talking about the Incredible model and its Dolby and DivX features.

This can either mean that the two are one and the same device, or that one is the codename while the other is the official name, or maybe that a branding is meant for the US market and the other for the European market.

We’re really interested in this Android smartphone, because it comes with very neat features, like a 1 GHz Qualcomm CPU, a 5 megapixel camera with 720p video capture, GPS, 512 MB Flash and 256 MB RAM.