The folks of Engadget have finally managed to score an unit of the Google Phone made by HTC, aka Nexus One and they quickly reviewed it and shared their impressions, for us all to see. We remind you that we’ve seen tons of leaks of this device, but it’s the first time that someone takes some hands on quality time with it. 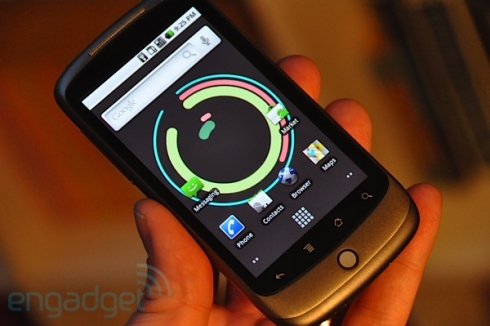 Quick rundown of its specs, in case you’re missed them: Android 2.1, a 1 GHz Snapdragon CPU, a 3.7 inch touch display with a 480 x 800 pixels resolution, 512MB ROM, 512MB RAM and a microSD card slot. The handset supports 3G connectivity only in T-Mobile’s network, so no love for AT&T here.

Nexus One also uses a 5 megapixel camera with LED flash, taking pretty decent pics, according to its reviewers, who also loved the camera software, better than on Droid for example. The hands on experience revealed a very thin and sleek handset, a bit thinner than the iPhone, but keeping the classic HTC industrial design. 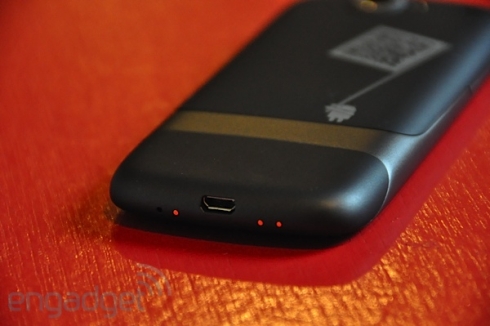 Believe it or not, the Nexus One is not the iPhone destroyer everyone thought it would be, but rather a twin to Moto Droid. “A little stuttery behaviour” was also mentioned by the Engadget folks, but also the fact that playing with apps, Google Maps and other features is very speedy and neat.

No multitouch was included, so too bad for the beautiful touchscreen, but we’ll let you get the real deal review from the lucky dudes right here. 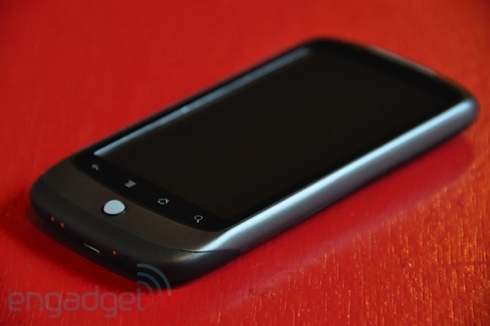