HTC ChaCha, one of the first Facebook phones has just received a hardware upgrade, that gives it a 800MHz CPU instead of the 600MHz one it had. The new chipset is a Qualcomm SoC, meaning that you get a 33% improvement, so the user experience should progress. 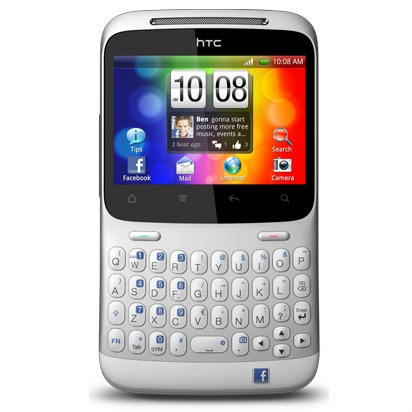 The rest of the specs are the same, with a 2.6 inch HVGA capacitive touchscreen display, 512MB of RAM and the same quantity of ROM, plus a microSD card slot and a 1250mAh battery. WiFi, GPS, Bluetooth and a 5MP camera with flash round up the specs list. You must’ve noticed the presence of a front QWERTY keyboard on this device too, complete with a Facebook button.

Last, there’s a VGA front cam on this Android 2.3 handset, that also finds place for the HTC Sense UI on it. Vodafone and all major mobile carriers intend to welcome this product in their portofolio for prices as low as 215 quid off contract. As far as the software update goes, this handset has been taken to build number 1.18.401.1 recently.