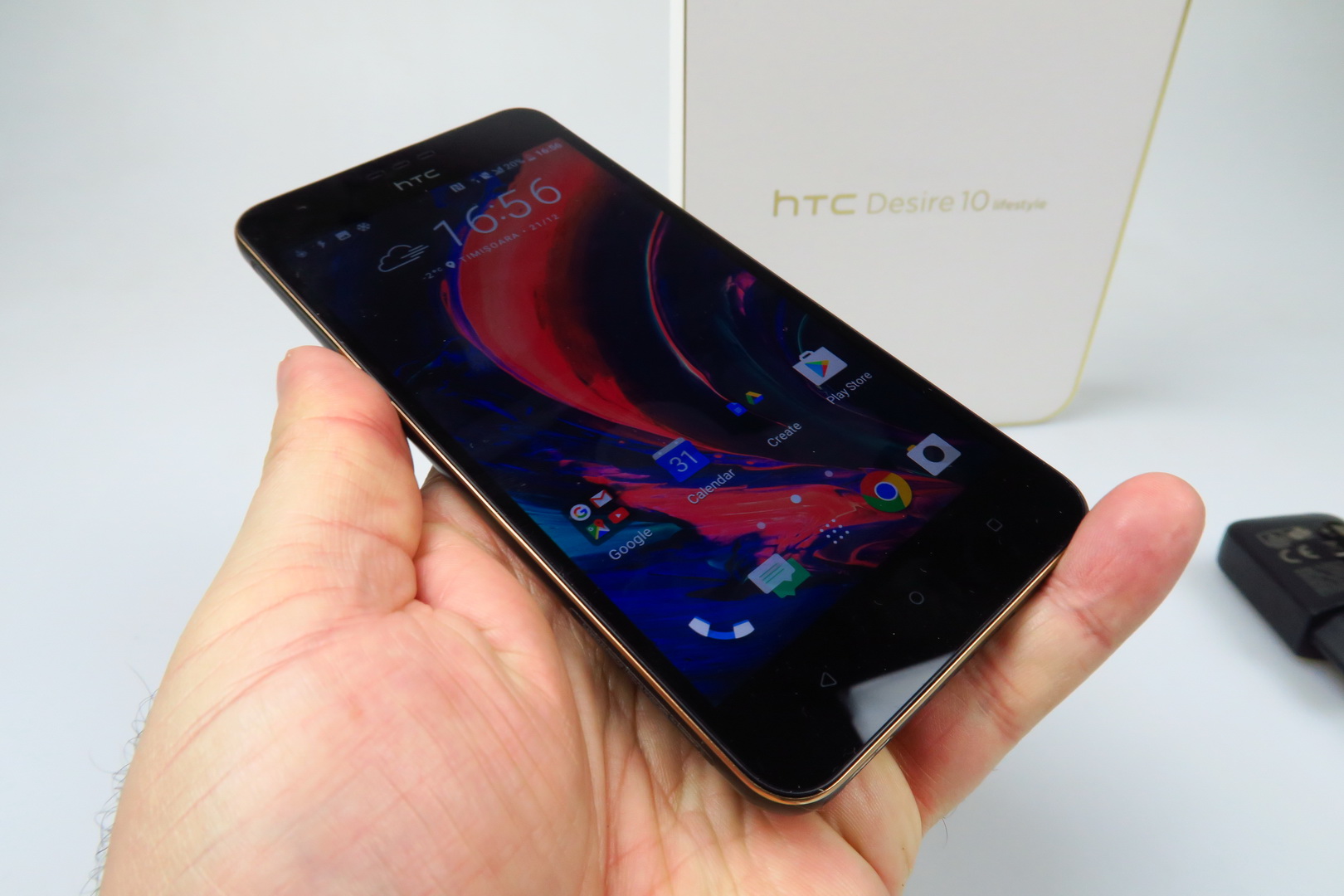 HTC’s latest youthful midrange device, the HTC Desire 10 Lifestyle is here for testing purposes and we’ve just unboxed it below. This device was launched in September and it’s priced at around $235 in the 32 GB version. It’s clearly a relative to the HTC Desire 8xx series, like the Desire 820 and 816 models, only with slight design changes. 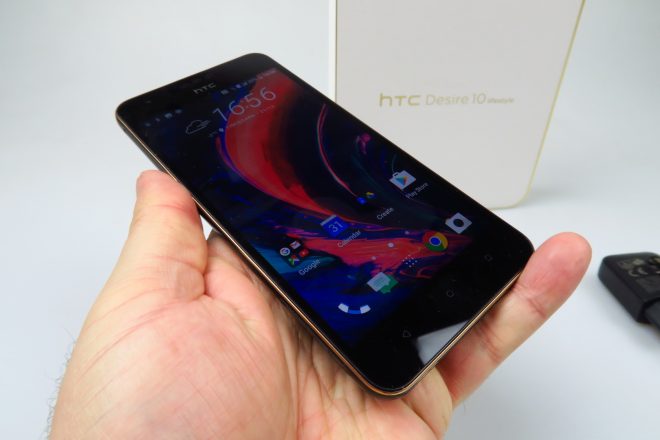 Inside the box we find the headphones, charger, USB cable, manual and metal key, plus a lanyard. The handset actually has two lanyard holes at the bottom, reconfirming it’s a device for young people, who tend to do extreme stuff and jump around at concerts, which may require a lanyard. Anyways, the phone stands out through its 24 bit hi res acoustics and BoomSound speakers.

HTC Desire 10 Lifestyle has a waistline of 7.7 mm in thickness and weighs 155 grams, which is OK for a 5.5 incher. There’s a Super LCD 720p display here, with Gorilla Glass protection, a quad core Snapdragon 400 inside, which is rather old to be frank, plus 2 or 3 GB of RAM. Storage is 16 or 32 GB, plus there’s a microSD card slot inside. 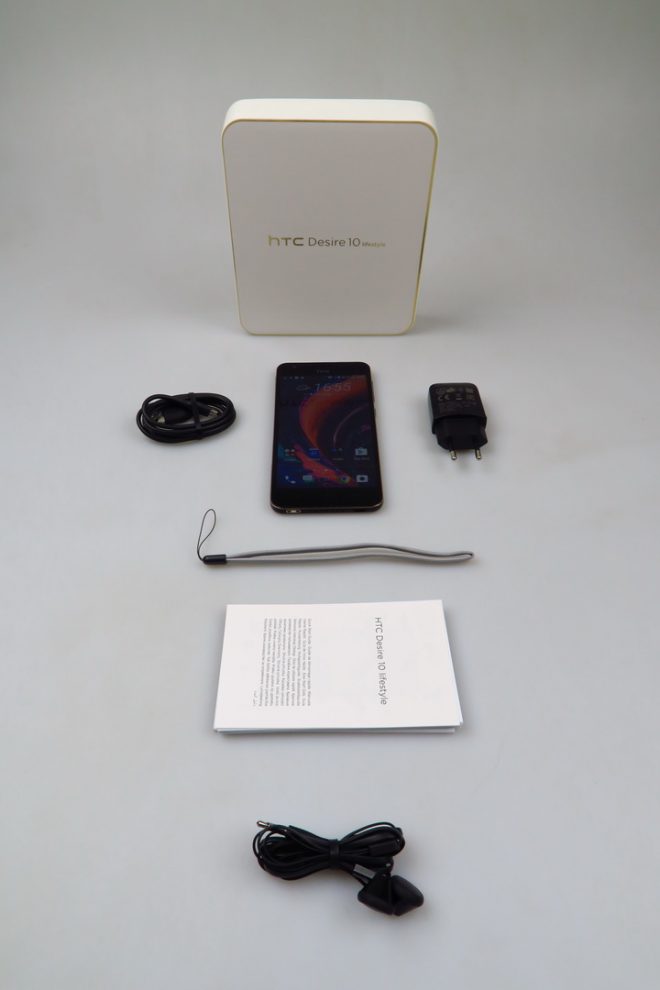 At the back we find a 13 megapixel shooter, with F/2.2 aperture and autofocus, plus there’s a 5 MP selfie shooter. 4G LTE and dual microphones, plus a 2700 mAh battery are included. Dolby acoustics complete the package and the software involves Android 6.0 Marshmallow with the Sense UI on top, in the Freestyle custom version. You can tweak your widgets and stickers to take up large areas on the screen, improvising the looks of the phone, much like the HTC 10 did.

We’ll be back with a full review soon and in the meantime the phone can be bought here.