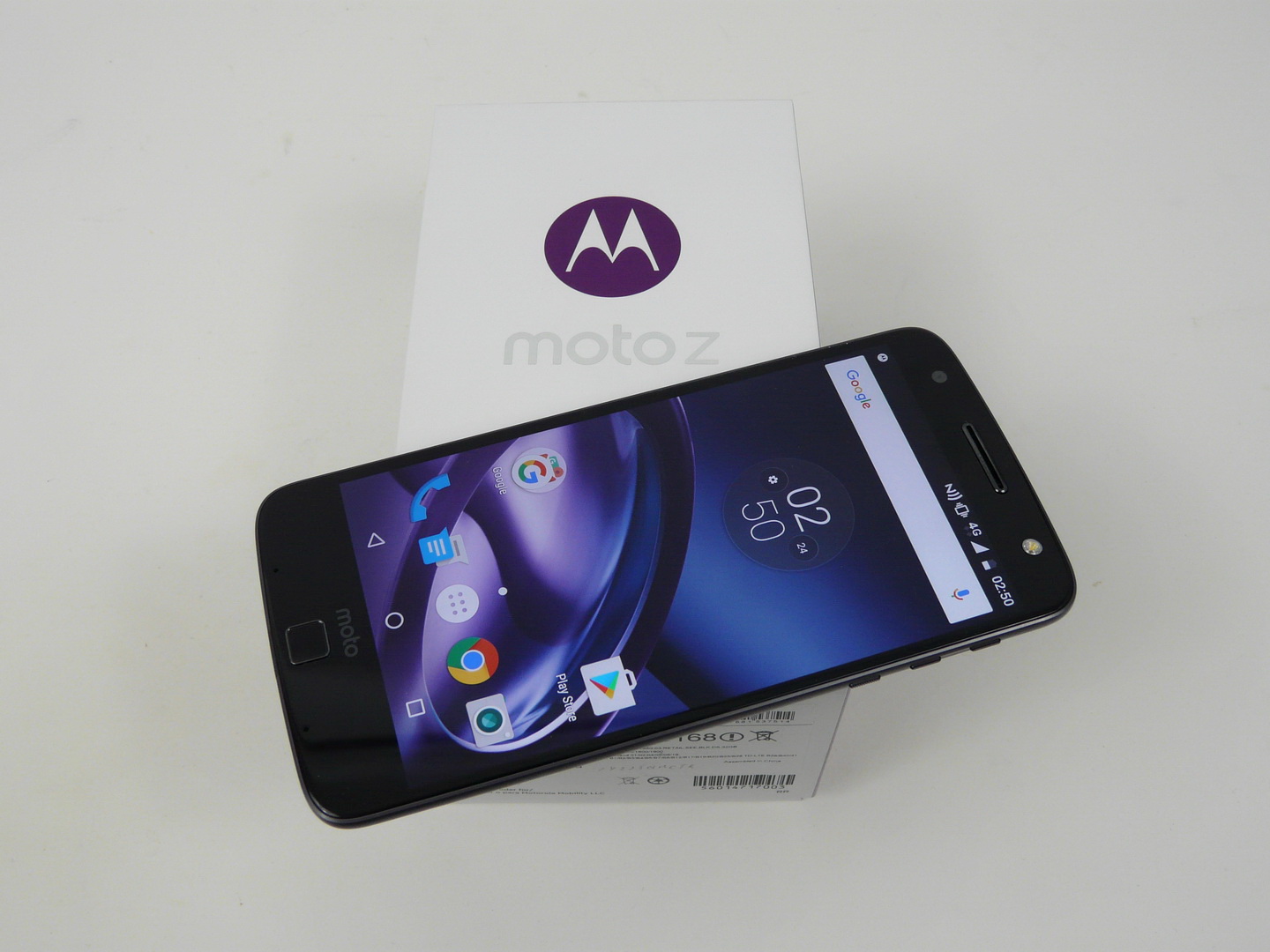 We’ve played with the Moto Z before, but we finally can enjoy it properly, as the device is here and it’s unboxed below. It’s the fruit of a long time of exploring and experimenting with the modular phone format. Project Ara failed, LG G5 failed, but Lenovo and Motorola finally got it right. This device was launched in September and it’s priced at around $560. 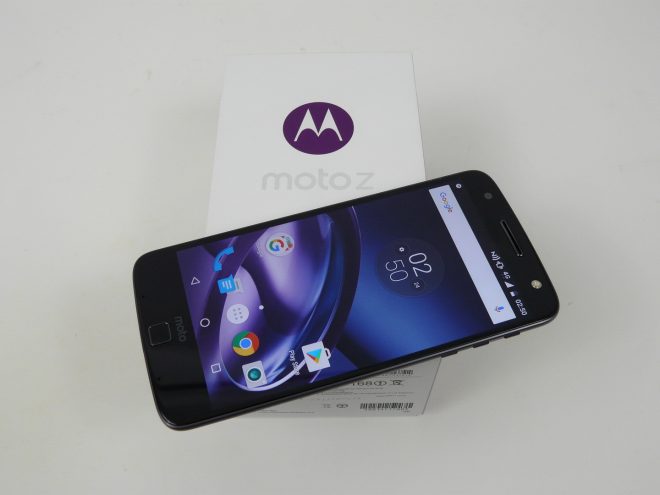 It’s the thinnest phone we tested, measuring 5.19 mm in waistline and it’s one of the slimmest in the world. Inside its box (we have a test unit), we found a charger, a key to open the SIM slots, manual, back shell, bumper case and an USB to audio adapter, plus a headphone holder. The reason why we have the audio adapter is because the phone doesn’t have an audio jack, adopting the latest trend in the matter.

Weighing an incredible 136 grams, the phone packs a 5.5 inch Quad HD AMOLED screen, plus the powerful Snapdragon 820 CPU and 4 GB of RAM. There’s 32 GB of storage, a microSD card slot, a 2600 mAh battery and Android 6.0.1 as the OS. On the camera front, things are solid, with a 13 MP main shooter, with OIS, F/1.8 aperture and laser focus included, plus a 5 MP cam with its own flash. 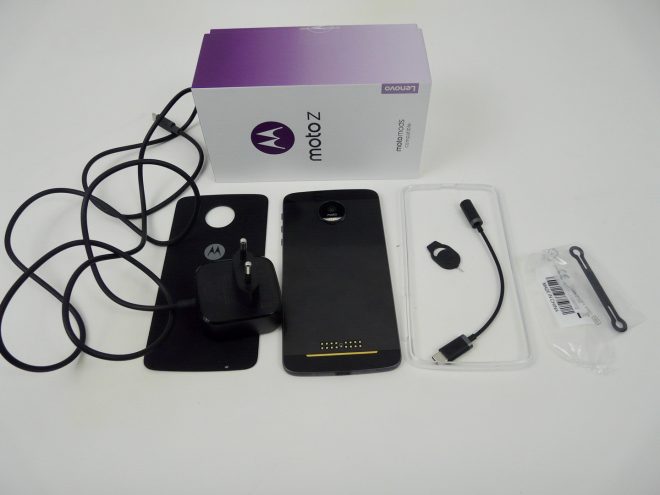 Lenovo included 4 microphones here, a fingerprint scanner and as far as modularity goes, you can attach magnetically and with pins a series of Moto Mods, that bring extras like JBL speakers, a power back, a projector and a Hasselblad 10x optical zoom module. This seems like a solid idea, but the price of the whole package (phone and modules) is quite hefty. We’ll also learn if the modules are worth it, once we also get them for testing in January.

We’ll then be able to judge the whole thing properly. In the meantime you can get the smartphone here.