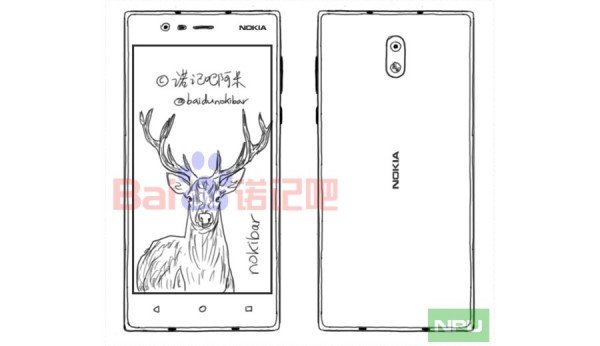 It would appear a new Nokia model is ready to see the light of day, as a so called Nokia E1 has recently received 3C certification. From what I know 3C is a Chinese authority, so the phone may debut there first. This model was seen under the codename TA-1000 and its charging specs are mentioned as 5V/2A, while the manufacturer is listed as HMD Global Oy.

The factory where the device is made is listed as FIH Precision Electronics Co Ltd, which is a Foxconn subsidiary. Nokia E1 is supposed to have a 5.5 inch display, 1 GB of RAM and a Snapdragon 200 CPU, plus Android 7.0.1 as the OS. Its sketch that appeared online reveals capacitive keys upfront and a front camera placed on the left side of the earpiece. 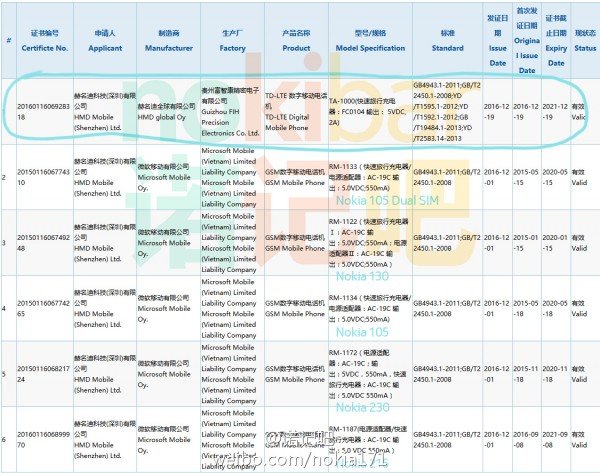 The back camera seems rather small and only has a single LED flash. The E1 is expected to be a lower priced affair, maybe even below $100, since such specs warrant that price range. Snapdragon 200 is usually the stuff of entry level units and the Snapdragon 210 chipset would have been nice, in order to get LTE support…