The folks of Mobilecrunch inform us that a tipster of theirs recently came across a listing of the HTC Desire handset on Verizon’s official website. Nothing weird so far, right? However, what’s strange is that the device is shown as bundled with a Droid Eris unit, as if it were its accessory. 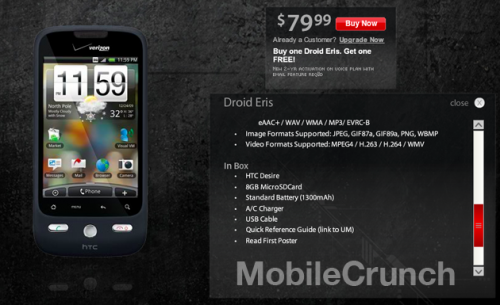 Of course, we’re most likely dealing with a mistake from the part of an employee that was rushed to post this on the site. There’s also a logical explanation for this: “Desire” was used as a codename for many HTC Android devices in the past, among which there was also Droid Eris.