Since HTC HD2 is coming to T-Mobile in 3 days, it would be interesting to compare this version of the device with the regular HTC HD2. Also, we remind you that some guy managed to get the device early from Walmart, so hurry up and get your own soon. About the comparison, the T-Mobile HTC HD2 is 1.5mm taller than the international version and the list of differences goes on after the break. 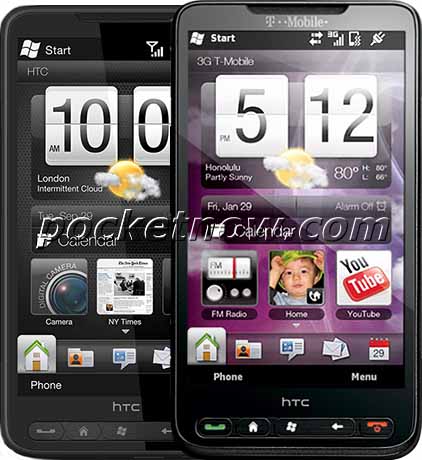 If you’re wondering why the newer HD2 version comes with twice as much storage memory, it’s because of the customization of the carrier, that also lead to the implementation of an Entertainment package: Barnes & Noble eReader, video download apps, MobiTV, Slacker Radio, Gogo Inflight Internet Services and many more.

There are also differences in supported connectivity bands: the T-Mobile HD2 supports the 1700 MHz band, an extra when compared to the first version of the phone. Last, we learn that T-Mobile’s upcoming hit uses a version of HTC Sense with two extra tabs, or so we’ve seen in the latest leaked ROMs. Will you be getting a smartphone like this on Wednesday?